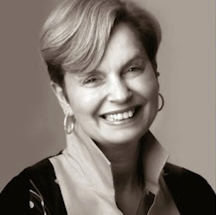 Nurses consulted, or not, about long-term care November 7, 2014 – Recent news items have shown the media consulting–or totally failing to consult–nurses for their expertise in managing serious long-term illnesses. Sometimes the media’s openness to nursing input is impressive. On January 8, 2014, the CNN website posted a thoughtful opinion piece by Johns Hopkins nursing professor Cynda Rushton. She discussed the difficult ethical issues surrounding a Texas woman who was considered brain dead but whose body was being kept alive, against her family’s wishes, under a state law requiring that because she was 19 weeks pregnant. And today, the Cambridge News (UK) ran a short piece by Freya Leng reporting that actress Toni Collette and others involved in making the film Miss You Already had recently consulted two nurses and a physician from Cambridge University Hospital about their portrayal of a woman whose breast cancer had caused a brain tumor. That item includes quotes from one of the specialist nurses, Ingela Oberg. We thank those responsible for these pieces. But other reports are troubling. On June 23, 2014, the New York Times published an extensive article by Gina Kolata about long-term acute care hospitals, which care for those whose recovery from illness is unlikely. Although nursing is central to this kind of care, the piece does not quote a single nurse. Instead, we hear from six critical care physicians. It’s true that a photo shows a nurse handing a patient a cell phone! But the piece suggests that physicians provide or direct all meaningful care in this setting. We do not object to physicians receiving this level of attention when the area is one in which they play the central role or are the only experts. But long-term acute care and its ethical implications is a context in which nurses–like Cynda Rushton–are key players. We urge the Times not to assume physicians are the only experts worth consulting about health care issues.

Cynda Rushton’s CNN op-ed is headlined “Take pregnant woman off ventilator?” She first explains that Marlise Munoz’s “body is being maintained with technology after being reportedly declared dead based on neurologic criteria,” even though her husband says she would not want that, because Texas law requires it when someone is 19 weeks pregnant. Rushton explores the ethical issues in cases where a patient is in this position and there are conflicts among those who remain–family, health providers, the government–about whether to maintain life support. She says that the interests of mother and unborn child are both at stake in the Munoz case, but people see those interests differently.

As a nurse and clinical ethicist, I have witnessed firsthand the anguish of family members who must make a choice about continuing pregnancies under such uncertain circumstances, or the aggressiveness of treatment for their extremely premature infants.

Rushton provides more questions than answers. She asks whether Munoz’s preferences should be “nullified” because she is pregnant, and if so, who is responsible for the costs and care until the point of viability. There are “significant unknowns,” such as whether the fetus can survive and what its ultimate condition may be. For health care providers, such cases may mean giving treatments and care patients do not want, potentially conflicting with the ethical imperative to “do no harm” and leading to moral distress and burnout. Noting that there are “no easy answers,” Rushton urges us to “examine again our ‘technology default'” (by which she seems to mean the impulse to use technology to the maximum extent possible) and to “accept the limits of what medicine can and cannot do.” Although she does not explicitly side with Munoz’s family, Rushton does say that “we must consider whether keeping her alive by invoking a state law honors her and her memory.”

This piece is helpful because it is a thoughtful, balanced, well-written discussion of some of the wrenching issues involved in the Munoz case by a prominent nursing scholar. By identifying herself as a “nurse and clinical ethicist” who has confronted these issues in practice, Rushton shows readers that nurses are thoughtful professionals whose views are worth hearing. The piece also includes a good photo of Rushton, though we would rather that CNN had used that space for a fuller description of her credentials–she is an internationally-renowned expert in bioethics and palliative care, an RN, PhD with appointments to the Hopkins schools of nursing and medicine. Still, the piece commendably presents a nurse as a health policy leader.

Freya’s Leng’s Cambridge News item is “Hollywood movie star Toni Collette given advice for role in Miss You Already by cancer staff at Cambridge University Hospitals.” It is very different from the CNN op-ed, but helpful in a similar way. Clearly most concerned with telling local readers that their own Cambridge University Hospitals have been recognized by Hollywood (!), the piece still carefully reports that the hospital’s “neuro-oncology specialist nurse Ingela Oberg, breast cancer specialist nurse Alison Hallett and cancer consultant Dr. Richard Baird provided on-set clinical consultancy to Hollywood actress Toni Collette, during the filming of new comedy drama, Miss You Already.” The item explains that Collette plays the character Milly, “whose life is upturned when she develops a brain tumour following the spread of breast cancer.” The report says that “Ingela” recently spoke at the Houses of Parliament on the treatment of brain tumors, including the need for better support for young patients leaving the hospital with brain damage. And she gets the only quotes in the short piece:

Toni and the production team were very keen to portray what it’s like living with a brain tumour, as accurately as possible. They approached me and asked if I could guide Toni on how her character’s behaviour might change, and the kind of challenges she should expect to face with an illness like brain cancer. … I lost my younger brother to a brain tumour. So improving things for those living with or recovering from brain cancer is something I take very personally.

“Toni”! In addition to Oberg’s strong quotes about the nature of her consultancy, we admire a nurse who feels secure enough not only to speak to the media, but to refer to a Hollywood star by her given name. In addition, the item is admirably precise about the positions held by the three health professionals the filmmakers consulted, making clear that there are such things as “specialist nurses” and that they have valuable health knowledge. The piece might have also quoted the other two experts the filmmakers consulted. But if there was only room for quotes from one, the match between Oberg and the subject at hand seems to amply justify her selection.

The same cannot be said for Kolata’s choice to quote only physicians in her lengthy New York Times piece on long-term acute care hospitals, “At These Hospitals, Recovery Is Rare, but Comfort Is Not.” In fairness, one of several photos accompanying the piece does show a smiling nurse seeming to hand a cell phone to a patient, along with this caption identifier: “Tammy Bohmer, a nurse, assisting Murray Zack with telephone conversation with his son.” But that’s about it. The piece focuses on Connecticut’s Hospital for Special Care, one of about 400 long-term acute care hospitals in the United States. These are “no ordinary hospitals: Critically ill patients, sometimes unresponsive or in comas, may live here for months, even years, sustained by respirators and feeding tubes.” Some will eventually leave; others will not. The hospitals “often are tucked out of sight, and even many doctors do not know they exist.” Wow–even physicians don’t know? How about the many nurses who actually work at these hospitals–do they know the hospitals exist?

Never mind–let’s consult physicians. “Dr. Paul Scalise, chief of medicine at the Hospital for Special Care,” notes that “people don’t want to think about us.” Kolata explains that such care is expensive because the population is aging and “doctors are getting better at keeping people alive when they are in intensive care.” But those patients may not be able to come off the ventilator, explains “Dr. Judith Nelson, a critical care specialist at Mount Sinai Hospital.” Still, the Connecticut facility is pleasant and “dedicated doctors and staff tend cheerfully to patients who require nearly constant care, some of whom are managing to make lives for themselves.” “Dr. John Votto, the hospital’s chief executive,” notes that even many of those on ventilators are “quite happy.” “Dr. Jeremy Kahn, associate professor of critical care, medicine and health policy in the University of Pittsburgh School of Medicine,” says there is no recognized way to measure the quality of long-term acute care hospitals. “Dr. Christopher Cox, a critical care specialist at Duke University School of Medicine,” observes that the financial and social burdens on family members are “a real tragedy.” Kolata focuses on how patients often get to such hospitals, particularly the decision to place them on ventilators in a regular hospital ICU. Nelson explains that few physicians discuss the likely consequences or alternatives to that decision, which can lead to more interventions, like feeding tubes. “Dr. Shannon Carson, a critical care specialist at the University of North Carolina School of Medicine,” suggests that there is a disconnect between those expectations and reality, most likely because the ICU physicians are most focused on just keeping the patients alive. But optimism can fade as it becomes clear patients are not regaining function. The article concludes with accounts of life at the Hospital for Special Care. Ventilators are standard, and for many permanent, Scalise says. Some patients find a measure of happiness; one couple met and married at the hospital. Others are less fortunate. An elderly man with A.L.S. (Lou Gehrig’s disease) decides to ask staff to disconnect his ventilator and end his life, after speaking with several physicians. There is no indication that nursing input was or would be of value. Nurses do, however, give the man drugs to sedate him before they turn off the ventilator.

The exclusion of nurses from this piece is not just a matter of fairness. While the physicians quoted have valuable perspectives, to some extent they are outsiders in this process–it is the nursing staff that spends the vast majority of time with and provides the vast majority of care to patients like these. And nursing scholars like Cynda Rushton conduct extensive research on the care of patients with serious chronic illness. Their views would be at least as valuable as those of the physicians. But readers of this piece do not get those views. They should.

Gina Kolata’s article “At These Hospitals, Recovery Is Rare, but Comfort Is Not,” posted June 23, 2014 on the New York Times site.