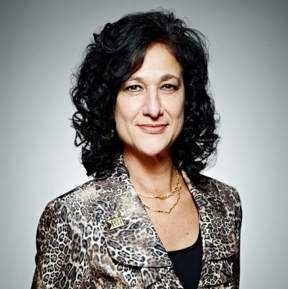 June 17, 2016 — Today the London Free Press (Ontario) ran a piece by Jonathan Sher reporting that the city’s largest hospital had fired its chief nursing officer apparently because of her role as president of the Registered Nurses Association of Ontario (RNAO), which had recently issued a report criticizing denursification at the province’s hospitals. The article relied on comments from RNAO chief executive Doris Grinspun, who called the move a “disgraceful” example of a hospital trying to intimidate a chief nursing officer. In addition, the fired CNO Vanessa Burkoski herself related how the London Health Sciences Centre’s CEO had repeatedly offered her a cash settlement to resign quietly, which she declined to do. The report gave CEO Murray Glendining a chance to explain; he elected simply to confirm the separation. The piece might have included more about the RNAO report on the trend toward replacing nurses with less qualified staff, which costs lives because it takes skilled nurses to keep patients alive. And the article might also have discussed Burkoski’s options in response to the firing as well as measures to protect whistleblowers generally. But on the whole, the report did a good job of highlighting the situation of nurses who protest the denursification of hospitals. We thank those responsible. Please click here to sign our petition below to ask the Minister of Health to open an independent investigation into the termination of Dr. Burkoski! or read more below…

The piece, “An Ontario nursing group contends Vanessa Burkoski was fired to silence her about changes affecting patient safety,” leads with Grinspun’s allegation that (in the piece’s words) the “boss of London’s largest hospital has sacked his chief nurse to stop her from speaking out against changes that put patients across Ontario in harm’s way.” The article explains that according to Grinspun, Glendining fired Burkoski not for her work at the hospital, “where she received stellar reviews,” but because she was the RNAO president in May when it “produced a report that exposed how Ontario hospitals had harmed patients by replacing registered nurses with cheaper and less educated health care workers.” Grinspun says that other Ontario hospital leaders have tried to silence chief nurses who raised this kind of concern, and “patients suffer the consequences because chief nurses are the safety valves.” But in this case, the piece notes, the nurse in question was a prominent leader who had, before starting the London job in 2011, served as provincial chief nursing officer, advising three Ontario health ministers.

The piece also offers some colorful details on Burkoski’s firing.

“She says she was called into Glendining’s office June 8 to discuss the report produced by RNAO, called Mind the Safety Gap. When she arrived, she said, she was met by Glendining and his vice-president for human resources, Stephen Coulahan, and offered a cash settlement if she would resign. When Burkoski refused, she said the two men asked her to reconsider, then meet with them again Monday. Two more times, Burkoski said, she refused to resign with a cash settlement. “After three requests for my gracious exit, they asked me if I understood what a termination meant in terms of (my) reputation,” she said. Glendining fired her, and then on Tuesday, sent to senior hospital leaders a vague email to announce that Burkoski was gone. “Vanessa Burkoski, Chief Nursing Executive, and Vice President, Professional Scholarly Practice is no longer with London Health Sciences Centre. We thank her for her contributions and wish her the best,” the hospital boss wrote in an email obtained by The Free Press. The sudden departure and terse note left some wondering if Burkoski had done something untoward or even illegal, Grinspun said.”

It almost sounds like the hospital set out to provide a model for how not to handle nurses’ concerns about understaffing. Aside from the apparent personal injustice for Burkoski, these reported actions strongly suggest that the nurses’ concerns are justified and that the hospital leadership is concerned only with covering up the dangers to patients over the short term. The piece could have done more to spell out what those dangers are. It does offer a short summary quotation from the report, as part of an “In a Nutshell” section at the end of the piece:

“In an effort to cut costs, health organizations across the province are replacing registered nurses with less qualified care providers . . . the RN share of the nursing work force has dropped significantly in recent years. This has left Ontario’s health system unprepared to meet rising levels of acuity in hospitals and in the community, and put the safety of Ontarians at risk.”

It might also have been good to explain, at least briefly, why poor nurse staffing is a threat to patients–because nurses are autonomous professionals whose skilled monitoring and therapeutic care often makes the difference between life and death. In addition, more might have been said about the challenges of nursing advocacy at all levels at a time when nurses remain underpowered in most settings and are often discouraged from speaking up for their patients and themselves. Even so, there have been other prominent examples of nurses pushing back in West Texas, New Mexico, New South Wales, New York, Perth, San Antonio, and many jurisdictions have enacted or at least considered whistleblower protections for nurses.

To the Windsor Star Dr. Burkoski told the Windsor Star that no other RNAO President has ever been fired for serving in that role in its 90-year history. “As CNEs we can’t become shrinking violets when our bosses intimidate us or threaten us, because it’s dangerous for patient care and patient outcomes,” she said.

In any case, on the whole the report highlights the issues of nurse understaffing and whistleblowing through an amazing story — that of a nursing leader of great ability who seems to have been fired simply for being associated with a report about the dangers of poor staffing in Ontario as a whole.

Please click here to sign the petition asking the Minister of Health to open an independent investigation into the termination of Dr. Burkoski!

See the RNAO’s report Mind the Safety Gap in Health System Transformation: Reclaiming the Role of the RN aimed at the declining role of RNs in acute health care.

Express your dismay to:

See other articles on the case of Vanessa Burkoski: