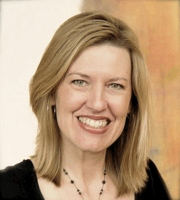 I’m writing because the Nurse Ratched show in development at Netflix has not been canceled. Production is scheduled to begin soon in 2018. This means that Netflix will be creating what has been called a “monster” nurse character working in the American mental health system. This negative portrayal denigrates nurses, the majority of whom are women. This is not only an offense to nurses but also to women.

Since most American media (including Netflix media) is available worldwide, this horrific portrayal of nurses will likely spread across the globe. Sandy Summers, RN, MSN, MPH, Executive Director of The Truth About Nursing, has pointed out that this will not help recruit new nurses in the US or in the rest of the world where nurses are desperately needed. Such a depiction makes a mockery of our profession.

In addition, such an offensive nurse character is likely to lead to even more Halloween costumes of nurses, but this time, the costumes will be those of a horror movie involving mental health nursing. Apparently, the show will focus on Nurse Ratched’s early days, “beginning in 1947, and track her journey through the mental-health-care system as she transforms ‘from nurse to full-fledged monster.’”

Now is the time for us to spread the word so that thousands of nurses can take action to contact the men behind the making of this denigrating portrayal of a female nurse and tell them that we oppose this atrocity. The world does not need to tolerate more gender stereotypes created by men that denigrate women. introduce some nuance in the title character and feature other nurse characters with some of the positive traits of real nurses, such as expertise, courage, decency, and a healthy sexuality.

This is a call to action. Please sign the petition that was created by The Truth About Nursing. If you are part of a professional organization, please forward these links to your members. You could also send the petition to your colleagues and allies who also care about nurses, women, and the nation’s health (which is in the hands of nurses everyday). Here is the link to the petition: The petition is directed at the producers of the show including Michael Douglas who has a FaceBook page and whose Twitter handle is @KDouglasMichael, and Ryan Murphy @MrRPMurphy (Murphy is also the show runner).

However, here’s another way to take action: The writer of the show, Evan Romansky, was described by reporter Jordan Crucchiola as a “newcomer” and, from his Twitter feed, Evan Romansky seems to be a reasonable person – his Twitter handle is @eromansky. We are likely to get further by appealing to Mr. Romansky as an ally who cares about women and cares about the world. Perhaps he knows a nurse or has a family member who is a nurse (or who is a patient). So, another approach is for nurses to contact Mr. Romansky directly to help him know that the 3 million nurses in the US and 14 million more around the world are opposed to the celebration of a horrific nurse character.

We should remind him:

– of the power of realistic portrayals that include positive aspects of nurses;

– that nurses do crucial lifesaving work to help humankind worldwide in ways that often go unappreciated;

– that, across the globe, MORE nurses are needed (not fewer!) but horrific, stereotyped nurse portrayals do not help people decide to become a nurse or bring funding to our profession suffering a profound global shortage;

– that showing positive aspects and more realistic portrayals of nurses that are seen worldwide are key to the health of not just Americans, but the world’s citizens.

Most nurses in the world are women. So if this show airs as planned, Evan Romansky’s work will directly affect not only the portrayal of nurses, but it will perpetuate harmful stereotypes of women.

Additionally, Sarah Paulson, the actress slated to play Nurse Ratched, has recently advocated strongly for an end to abuse and discrimination against women, for example in a Jan 1, 2018 Twitter post she said:

Time’s up on silence. Time’s up on waiting. Time’s up on tolerating discrimination, harassment and abuse. #TimesUp Sign the solidarity letter & donate to the @TIMESUPNW Legal Defense Fund: https://t.co/d3Al5gCAtU pic.twitter.com/HfMdil0PWJ

So consider contacting Sarah Paulson @MsSarahPaulson and urging her to persuade Ryan Murphy to abandon this project, or to abandon it herself. The denigrating battle-axe stereotype of a female nurse ultimately hurts women.

Time’s up! Now is the time for nurses and allies to contact any or all of these creators and to sign Sandy Summers’ petition. Together, by showing that we care about how this show is created, nurses can have a voice to influence the future.Thank you for your leadership and willingness to take action,

2 thoughts on “Ratched or Wretched?”