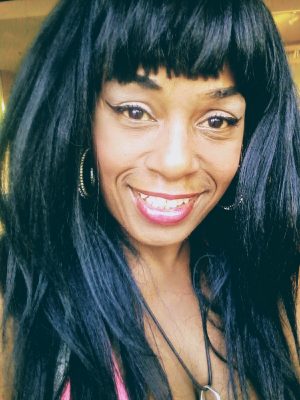 A message to nurses from Angel Williams, the woman at the center of the 2010 Dr. Oz naughty nurse segment

January 28, 2018 — We recently received a phone call from Angel Williams, the woman who appeared on a 2010 episode of The Dr. Oz Show to demonstrate how she was able to lose weight by dancing. The Truth About Nursing and many supporters objected to the segment, in which the show had Ms. Williams and fellow dancers dress in naughty nurse outfits and tell host Mehmet Oz that they would be his “nurses.” The show refused to really acknowledge our concerns until our campaign had generated global press coverage. Then the show did begrudgingly apologize, and in late 2011, it did a segment entitled “NURSES’ SECRETS That Can Save Your Life,” which may have been in part an effort to make amends.

Ms. Williams called us a few days ago and apologized to Sandy Summers, our executive director, for her role in this 2010 Oz episode. Ms. Williams said that after we launched our campaign, she had received quite a bit of backlash for her appearance on the show. For what it’s worth, we had directed our campaign only at Oz and the show’s producers, not at Ms. Williams. But it seems that some people found her personal contact information and criticized her directly. She found that quite painful, but after years of suffering from it, she said she was able to step back from the personal pain and examine our concerns. In so doing, she came to understand why media depictions of nurses matter.

Ms. Williams was so gracious in our phone call that we offered to provide the opportunity for her to speak directly to our community. We would like to honor her effort to reach out and promote healing. So her letter to you is below:

Hello to Sandy Summers and the Nursing Communities around the world, My name is Angel Williams, I am the woman who was presented on the Dr. Oz show 8 years ago, along with 6 other lovely women, on an episode where we dressed as nurses and assisted Dr. Oz in a dance promoting Fitness and Fun to encourage people to get up and move.
This was my first time on major television and I believe it was the other ladies’ first time as well. We were all Dr. Oz fans, and were so excited.

I was a Fitness Instructor at that time and because I was a Full Figured instructor, losing the weight became a team effort in my dance classes in New Jersey where I taught full time.

These classes were so popular at the time, which is how and why I was recognized and approached to do the show.

I had always struggled with self esteem due to verbal, physical, and emotional abuse as a child and into early adulthood. Like many women and men, I suffered as an emotional eater.

I wanted to break the hurtful past by doing good towards others and sharing my story, knowing there is some little girl or boy just like me out there being “bullied” or abused by family or others.

I desired to face as I’d say “The Fat” but I had to first admit the hurt and shame that hung many chains around my shoulders. After the backlash about the nursing episode, all I wanted to do really was hide. It would be easy to pass blame. However after taking time to pray and meditate, asking The Heavenly Father “why did this happen?”–the backlash that made so many frown upon me and mock my efforts to heal. “Why Father?!” I carried a burden over this for many years and the answers came.

When you are called to do a work, hiding will not save you. I was hiding and like Jonah and The Whale I was swallowed up in a drama that embarrassed me and if I allowed it, it would tear me apart.

Is not the power of love real, is there not a light in the world, is it not truth that is said to prevail, if so then test that truth, so here is my truth.

I look to encourage goodness in the world and when you offend, hurt or cause others loss or pain–own it and care enough to correct it.

This is all to simply say: I’m asking the nurses all over the world who read those news articles about my appearance on the Dr. Oz show to please forgive me (Angel Williams) and the ladies who danced with me body and soul. I’m very sorry for my part in offending a profession that I truly respect.

My younger sister who passed in September of 2017 was a Nurse and I was always so proud of her achievement. I’ve danced with many doctors and nurses who loyally participated in my classes over many years.

I’m thankful to Sandy Summers whom I recently contacted to offer my apology via phone call, and she was gracious enough to accept my apology, she then offered me an opportunity to send this letter to this forum to express my heart to right a wrong.

Though it was unintentionally done, we did a disservice to our fellow and brave nurses and communities.

When your eyes become open it is a gift, a situation that once hurt now has brought forth a new and bright future–a wonderful relationship and an awareness that couldn’t have been realized without it.

Love heals all things so I’ve chosen “love” as my tool. Thank you all for your time.

Ms. Williams can be reached at amcneillwalker@gmail.com.