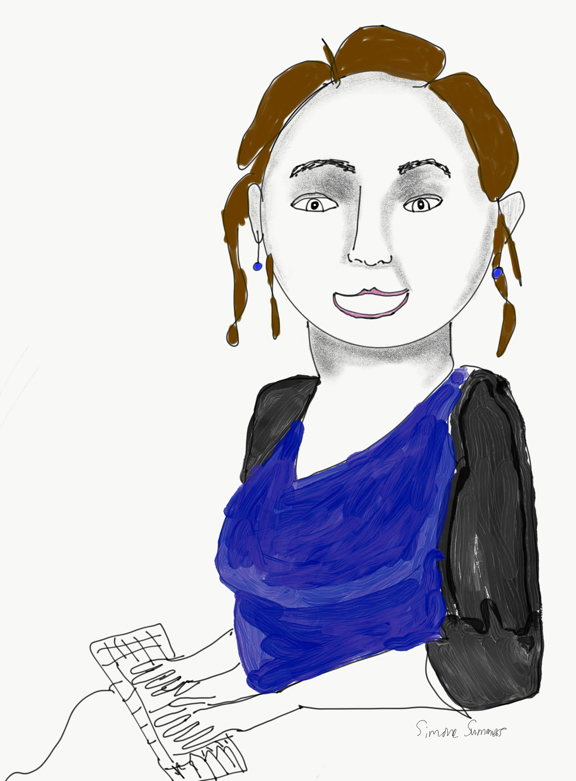 In Lu’s Times piece “Drowning Without Water,” she notes that although she had more than 50 home care nurses growing up, her first day with Jean was the most memorable. Lu explains that her nurses would typically get her from school and then take care of her until her parents returned from work.

They took my vital signs, watched me do my homework, cleaned my tracheostomy tube and helped me take a bath. They were essentially babysitters-slash-experts on “trach tube” kids like me.

Lu tells how 55-year-old Jean Langley picked her up from school in a beat-up red Chevy Corsica” and took her home. Lu finished a snack while “simultaneously wearing a small device called the Passy-Muir valve, which helped me practice breathing through my nose and mouth.” But as Lu was removing the valve, she suddenly could not breathe; the trach tube had become blocked with mucus. Lu fell to the kitchen floor, gasping and wheezing, trying to yell to Jean and conjuring what she thought might be her last thoughts. Jean pounded the wall to awaken Lu’s napping 15-year-old sister, ordered the sister to call 9-1-1, and took a spare trach tube from the supply cabinet, explaining that she had to put in a new tube.

She pulled out the trach that had been inside of me, then tried to insert the new one. But the hole in my neck where my trach should’ve been started constricting, even as Jean tried to stab the new device in. My sister later told me that at some point, as I was fading in and out, I turned my head toward her and asked if I was going to die. She promised me I was going to be fine. Jean scrambled to find another, smaller-sized trach tube. She tried to jam it into the trach hole, which by then had practically closed off. That’s when, with the sheer force of her hands, Jean got the new trach in. The ambulance arrived and a paramedic helped Jean tie the new tube in place with a string. Lu says Jean “sat with” her in the ambulance—our guess is Jean was also monitoring her condition—while a paramedic monitored her oxygen levels. Lu says “doctors” later concluded that using the valve had dried out the tube and that it had become blocked over time. Fifteen years later, Lu still thinks about that night, and “whenever I hear an ambulance pass by, my heart starts to pound.” Wrapping up, she says Jean saved her life that day. Jean was Lu’s home care nurse for seven more years, until she graduated from high school and no longer needed one.

Jean and I still talk to each other on the phone on birthdays and at Christmas. Between the brief silences, I know she can hear my breathing through the trach tube on the other line. I can sense her smiling through the phone. It’s a comforting sound for both of us.

This is a powerful but deceptively simple story of nursing expertise. Jean doesn’t just find a viable trach tube and place it under the greatest pressure, saving Lu’s life. She simultaneously manages to waken a nearby family member old enough to call 9-1-1 and get her to do so, all apparently without leaving Lu’s side. In addition, Jean works with a paramedic to secure the new tube and stays with Lu on the way to the hospital, no doubt monitoring her en route. And all this while earning the salary of a home health nurse, with which she can afford a beat-up red Corsica!

Lu’s reference to her home care nurses as “babysitters-slash-experts” is problematic. Of course, the “expert” part is good, and it reinforces the overall narrative here. But babysitting, like watching Lu do homework and helping her take baths, is not something that will strike most readers as requiring health care skill. In fact, as with the ambulance ride, we assume that these home care nurses were carefully monitoring Lu’s condition, a vital task that the media often seems unaware of. Nursing surveillance is often overlooked. Indeed, both real and fictional physicians themselves can be heard to refer to the times in between their care endeavors like surgery as “waiting” to see how patients do, as if the nurses providing skilled, round-the-clock surveillance, education, and therapeutic care during those periods were really just handholding and providing custodial care. Still, on balance Lu’s piece is very helpful. The Mashable piece “Digital nurse appointed to fight the ‘fake news’ people get when they Google their cancer diagnosis,” based on information from Macmillan and in part on a BBC report, can’t resist the “fake news” hook. It starts by noting that “Facebook and Google are not the only ones who are taking serious measures against the proliferation of ‘fake news’,” explaining that Macmillan “has appointed a digital nurse who will answer questions from patients on social media and help dispel myths around cancer.” Macmillan Cancer Support says many patients seek information about their diagnosis online, where they risk becoming unduly scared or falling for fake cures. The charity cites YouGov research showing that “42% of people with cancer looked up information about their diagnosis online, and of those 1 in 8 said they didn’t fully understand their diagnosis.”

The piece then notes that Ellen McPake, “the nurse appointed for the digital role,” will work with Macmillan’s “social media team and online community.” A spokesperson for McMillan reportedly told Mashable that McPake “can provide sound and trusted clinical expertise on our digital platforms for example responding reactively to posts on Facebook that require a nurse’s clinical insight.” And a large photo accompanying the piece echoes that more subtly by displaying a Macmillan web site page with the “Ask an Expert” heading. McPake will also reportedly help run monthly online Q&A sessions; the piece says that “November is dedicated to head and neck cancer while December’s theme will be the emotional issues around cancer.” The piece adopts a few good quotes that McPake herself gave the BBC:

Once the doctor says “cancer,” people automatically then shut down and they don’t take in the information that they’re given. So they go home, speak to the family. And then they’ll sit online that night and get themselves in a frenzy with what they’re reading.

The piece concludes with examples of the myths that McPake will work to debunk. Besides the two noted above, which the piece mentions in passing, the piece devotes a whole paragraph each to the ideas that “cancer is a death sentence” (in fact, people are twice as likely to survive at least 10 years from diagnosis today as they were at the start of the 1970s) and that “breast implants can increase your risk of cancer” (evidently there is no substantial evidence of that, although implants can make it more difficult to get clear x-ray imaging).

This short report gives the public a good sense of nursing expertise, starting of course with the main theme:  A nurse is being explicitly presented by a major health charity as an “expert” in oncology. In addition, the piece provides details about the educational activities in which McPake will engage to combat the “fake news,” such as responding to Facebook posts and the online Q&A sessions, as well as some specifics about the kinds of cancer myths McPake can refute. McPake’s quotes reflect the sort of holistic analysis that nurses are well-suited to make—thinking not just about what patients hear in the clinical setting, but how they will react and what they might do later that could affect their health. While this illustration of nursing expertise is less dramatic than the one described in Lu’s New York Times piece, it effectively shows the range of health knowledge nurses have and their ability to convey that knowledge in modern media formats.