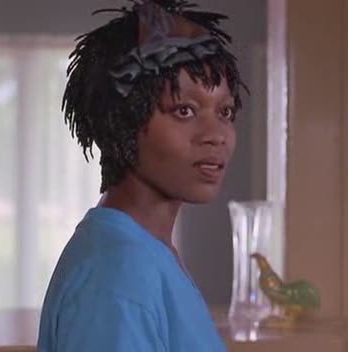 A review of Passion Fish In John Sayles’s Passion Fish, soap opera star May-Alice Culhane suffers partial paralysis after a car accident. The bitter actress retreats from New York to her childhood home in Louisiana and proceeds to drive away a series of home care nurses. But the last of these is Chantelle, a troubled yet committed nurse who endures and ultimately gives May-Alice a renewed sense of purpose. The film’s portrait of two women coming to terms has a languid power. And although some of the nursing on display is unimpressive, Chantelle’s psychosocial care may well have saved a life.

After the accident, May-Alice wakes up in a hospital and does not seem to realize she has lost the use of her legs. Panicking, she repeatedly asks an apparent nurse what happened. But all the nurse can say is that she will get the “doctor.” In despair, wheelchair-bound May-Alice moves back to her empty family home in rural Louisiana. There, she hires a series of live-in caretaker nurses who wear old-timey uniforms that make them look like housekeepers—and their broad range of duties does seem to include cleaning and cooking. These nurses range from strict to gabby and friendly, but all resign before long because May-Alice is so abusive and generally difficult. Just when May-Alice thinks the agency will not send any more nurses, the young Chantelle arrives. They have some rough times but slowly develop a mutual respect. A stray comment suggests that Chantelle has not quite completed her nursing training, but she seems to employ the nursing process in motivating May-Alice to become more self-sufficient and to focus more on the world outside of herself. Chantelle forces May-Alice to do some things on her own, and eventually she confronts her about her alcohol abuse. It turns out that Chantelle herself is recovering from addiction, and she has lost custody of her daughter, who now lives with Chantelle’s stern father. He eventually brings his granddaughter to visit and hints that Chantelle might be able to get her daughter back if she stays on track. Chantelle also has a romance with a local musician, while May-Alice flirts with a married handyperson she knew back in high school.

For nursing, the film is mixed. The hospital nurse at the start presents a very unhelpful, yet sadly plausible, vision of a handmaiden passing the buck about a patient’s condition, leaving May-Alice in torment until a physician can be found (we never see that). And the early caretaker nurses display little in the way of psychosocial skill.

Chantelle is the bright spot. Woodard is very convincing as a young woman who is professional and direct in pushing May-Alice, but also honest about her own struggles, which may actually be a factor in her success. Chantelle really needs this job. Some may not like the fact that she has experienced addiction. And it is also not clear whether she is licensed to be providing the care she is giving (she does not seem to be handling controlled substances). But Chantelle is a strong and savvy care giver who plays an essential role in halting a difficult patient’s downward spiral.

Below is the trailer, which gives a good sense of the relationship between May-Alice and Chantelle.