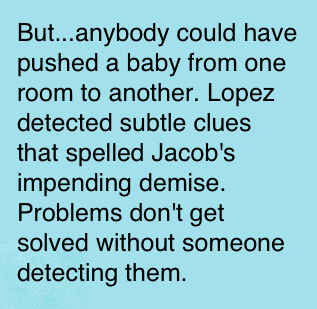 A piece about a Chicago nurse’s astute and quick action to address a baby’s respiratory distress highlights a key nursing role. But the item also reinforces the damaging stereotype that nurses are virtuous, low-skilled “angels.” And it reveals, in its account of how hard the baby’s mother had to work to locate the nurse later, how hospitals and even nurses themselves often bury nursing expertise.

December 10, 2018 – Today the Chicago Tribune ran Kate Thayer’s account of how a nurse saved a baby’s life. Westlake Hospital nurse Claudia Lopez reportedly identified signs of respiratory distress that no one else did in newborn Jacob Roman. She took Jacob to the NICU, where he was saved; he has a serious congenital heart condition. The basic facts here are great for nursing, and the piece even briefly describes the subtle symptoms that led Lopez to take action. But the Tribune piece also reinforces damaging stereotypes. First, the paper amplified the mother’s reference to Lopez as an “angel” right in the headline: “Chicago mother reunites with ‘angel’ nurse who saved her baby’s life.” And sadly, some statements attributed to Lopez seem to reflect the extent to which the profession has internalized this imagery. Lopez minimizes her own expertise by saying that God told her to check on the baby and that “all” she did was take the baby to the NICU, where the staff there saved his life. Modesty is a virtue, but it does nurses no favors to be seen as low-skilled spiritual beings, an enduring stereotype that has played a key role in the profession’s tenuous current state, since angels don’t need material resources. We give the piece credit for revealing a related problem—the difficulty Jacob’s mother had in getting the hospital to give her access to nurse Lopez to thank her later. The piece says that even after “numerous calls and visits to the hospital,” the hospital refused to provide the mother with the nurse’s last name for “privacy reasons.” Imagine a hospital refusing to give a patient’s grateful mother the name of a physician on that basis. In fairness, another factor in this dysfunctional situation may be that the family was never told Lopez’s surname. We believe serious professionals should give patients their full names absent some compelling reason not to. Eventually the mother resorted to social media, and the hospital finally asked Lopez if she would like to connect with the family. This seems to show how hospitals may bury nursing expertise and autonomy, a tendency that also explains why nursing services disappear into the “room and board” rubric on hospital billing. We thank those responsible for this Tribune piece for telling the basic story here, but we urge them to avoid angel imagery in future reports about nursing.

The piece reports that Jacob was born without part of the left ventricle of his heart, the condition known as Tetralogy of Fallot. Chicago mother Vicelis Negron says many health care workers have helped Jacob, but “there was just one she called her ‘angel'”: the nurse “she knew only as Claudia,” who took care of Jacob the day he was born at Westlake. That care inspired Negron’s efforts to find Lopez,

the nurse she says not only saved her son, but also comforted her and her husband as they watched doctors work on Jacob, who was struggling to breathe and eventually was transferred to Lurie Children’s Hospital in Chicago.

(Just “doctors”? Really?) The piece describes the family’s recent “emotional reunion” with Lopez, where the nurse and Negron “hugged and cried.” Negron says she started trying to arrange the meeting about six months after Jacob’s birth in February 2016, indicating that it took her well over two years to find Lopez. Lopez says, “It’s very heartwarming to know you’ve made a difference in someone’s life.”

In the hours after Jacob’s birth, the piece says, Negron was concerned because he resisted breastfeeding and did not look right. But “doctors checked the baby and couldn’t find anything wrong.” Lopez started taking care of the family as her shift started at 7 pm, and soon “she decided to check on the family.” She says: “God was the one who told me to go into that room.”

As soon as she entered, Lopez saw signs of respiratory distress in Jacob; the baby was making a gurgling noise and was pale, she recalled. Lopez quickly wheeled his bassinet into the NICU, where “he starts to get blue right before my eyes.” The nurses and doctors in the NICU hooked up Jacob to a breathing tube and conducted tests, Lopez said. “They took over,” Lopez said. “All I did was bring the baby in. They saved the baby’s life.”

But “all [she] did” wasn’t just wheeling a baby to the NICU. Anybody could have done that–pushing a baby from one room to another. Why focus on the part that doesn’t matter? What does matter is that Lopez made an astute nursing assessment in which she detected subtle clues to Jacob’s impending demise. Had she brushed off the gurgling noise as uncleared mucus, disregarded the color of his skin as “that’s the way newborns look,” and ignored other signs that she probably saw but may not even be able to articulate, then she would not have pushed him to the NICU. Lopez detected signs of deterioration and took decisive action–without which Jacob would likely have died. That is what nurses do and what nurses deserve public credit for.

Diagnosed with the heart condition, Jacob spent his first month at Lurie. He has had two heart surgeries so far, and will require more, although he is doing well now.

The last part of the article is devoted to Negron’s campaign to find nurse Lopez, although that does reveal more details of Jacob’s first days. The piece reports: “When the hospital couldn’t provide Claudia’s last name due to privacy reasons, Negron last month took her quest to Facebook.” Negron’s post asked for help finding “Claudia,” “the one nurse who stands out,” and she tagged the hospital. The post went on to describe the day of Jacob’s birth, portraying Negron as a “desperate mom” who became “ready to destroy every doctor who checked my son out and didn’t realize that my son was slowly leaving us and unable to breathe.” But

it took Claudia seconds to realize that baby Jacob wasn’t breathing due to a simple little noise, a little moan that most including myself would [have] easily mistaken. … But because of her he’s here giving me grey hairs.

Negron also described “the support Negron and her husband felt from Lopez in the hours after Jacob was transferred, and before she could go be with him.” Hospital administrators reportedly noticed the post and finally asked Lopez if she would “like to meet the family.”

The piece concludes with a few comments from nurse Lopez. She says that the experience with Jacob had served as “a reminder” for her in the years since:

I think about him when I think I can’t check on a patient because I’m busy. I’ll say to myself, ‘just go in there and check on the baby.’ It’s really stuck in my head. It’s a lesson. Don’t take a well baby for granted.

These are good notes and they paint a picture of a diligent professional. More importantly, several elements of the piece underline that Lopez saved the baby’s life (especially the headline) and that this required real health care skill. In addition to the fact that physicians appear to have missed the baby’s condition on initial exams, the piece says that Lopez saw “signs of respiratory distress,” including the “gurgling noise,” the paleness and then the blueness. Similarly, Negron makes a point of noting that Lopez detected Jacob’s breathing difficulty in the “simple little noise, a little moan” that most would have missed. And Lopez herself does at least credit the NICU nurses, rather than just physicians. But too many parts of the piece reinforce the unskilled angel image, including Lopez’s own disclaiming of any credit for her save. It seems to us that that nurses do not typically rely on divine intervention to tell them how to conduct their skilled surveillance of patients. So introducing that “angel” element, as the headline does most prominently, undercuts the value to nursing of the message of skilled life-saving.

With respect to Negron’s need to resort to Facebook to connect with Lopez, would it be too much to ask the Tribune to question what “privacy reasons” would render a hospital unable to provide the name of one its professional staff to a patient’s mother who wanted to thank her? We can imagine security concerns, particularly for emergency nurses who have to deal with intoxicated and abusive persons, but it would not take much effort to confirm that was not an issue here. And it is hard to imagine this scenario playing out if a grateful mother wished to find a physician. Hospital public relations staff generally seem to regard promoting physicians, the perceived revenue generators, as their main goal. Of course, as noted above, no physician would introduce herself to a family solely with her given name and fail to provide a surname. That self-defeating practice of nurses—whether rooted in an urge to be approachable, a desire to duck blame (or credit, since we are talking about nurses), or some other reason—seems to be a hallmark of the nursing profession. But we encourage nurses to help make this change.

See “Chicago mother reunites with ‘angel’ nurse who saved her baby’s life,” by Kate Thayer, published in the Chicago Tribune on December 10, 2018.

You can reach author Kate Thayer at kthayer@chicagotribune.com