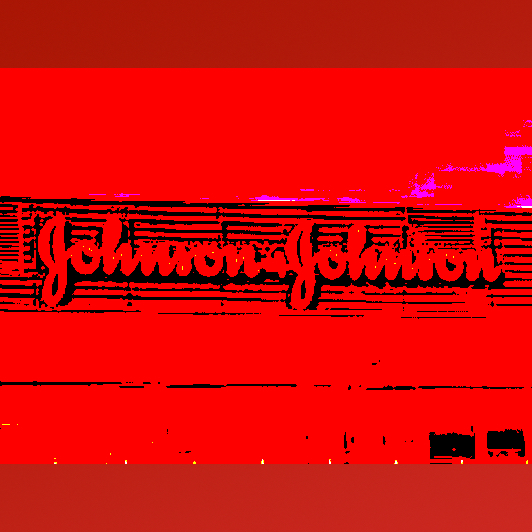 Since 2002, the ads in J&J’s Campaign for Nursing’s Future have often seemed to be more about the drug company’s own future, embracing an angel-oriented vision of nursing that does not serve the profession’s interests. So we welcome the focus on innovation in the new “Nurses Change Lives” ads, whose subjects range from Florence Nightingale to Tennessee app developer Rebecca Koszalinski, RN, PhD.

September 2018 – This month the drug company Johnson & Johnson released the latest ads in its long-running Campaign for Nursing’s Future. The focus now is innovation. J&J explained in a September 12 press release that the new “commercials highlight the innovative work of pioneering nurses who have profoundly impacted patient health and outcomes throughout history, and reiterate our commitment to encouraging and supporting nurse innovators everywhere.” The core ad seems to be a 30-second version that features quick looks at U.K. jaundice care pioneer Jean Ward, an unidentified African-American man representing AIDS nurses in the 1980s, and U.S. patient-communication-app developer Rebecca Koszalinski. There are also one-minute and two-minute versions. The longer commercials add bits about U.K. infection-control pioneer Florence Nightingale, Australian polio care leader Elizabeth Kenny, and Liberian Ebola hero Fatu Kekula. All the ads show the public that nurses are courageous thinkers and health care pioneers, not just hand-holders. The profiled nurses reflect some national, racial, and gender diversity. The ads largely avoid the angel stereotypes that have plagued even the better past J&J ads. And the parts about Nightingale and Ward even suggest to attentive viewers that nurses have saved many lives. Of course, the ads must also promote fuzzy feelings about a major drug company. So we still get soft-focus visuals, soft music, and a cooing female voiceover that would be good for selling baby products. Not surprisingly, viewers get little sense of how hard some of these nurses had to push to have their views about health care taken seriously. It would have been helpful to emphasize the advocacy role that is at the core of nursing. And some of the descriptions, especially of Koszalinski, could have done more to convey expertise. Still, these are arguably the best mass-market ads in the history of J&J’s campaign. We thank those responsible.

The “Nurses Change Lives” campaign began this month with ads on some major U.S. fall prime time television premieres, as well as online and social media venues. All three versions of the ad are available on YouTube. Presumably the 30-second one will appear in more prominent venues. All versions draw from essentially the same script and imagery, with the only significant difference being that the longer versions add more nursing innovators. We’ll describe the 30-second version in some detail, and then the longer versions only to the extent they differ.

In the shortest version of the ad, viewers see high-production-value video recreations of nurses caring for patients in historical settings, accompanied by beautiful string music. As in past J&J ads, the woman doing the voiceover would not have to alter her basic approach to start selling baby lotion, although in fairness that aspect is more muted here than in some of the older ads.

VO: In the 1950s, a nurse found that sunlight could cure infant jaundice.

[Onscreen text: Nurse Jean Ward] At the dawn of the AIDS crisis [onscreen: United States 1983], nurses defied medical convention and embraced patients with compassion. [Black male nurse holds very sick patient’s hand as they watch fireworks through window.] And cerebral palsy robbed patients of speech, until a nurse gave them back their voices [we see young female patient touching “Speak for Myself” screen to create audio:] “And I will always be grateful to her.”

Onscreen: Nurses change lives. And that changes everything.

For this version, the voiceover adds Florence Nightingale and a bit more detail about some of the other nurses.

VO: During the Crimean War [onscreen: Crimea, 1854], more soldiers died of infection than in battle, until a nurse introduced sanitary practices still in use today. [Onscreen: Nurse Florence Nightingale]

The rest is a fleshed out version of the 30 second ad:

In the 1950s [onscreen: England, 1950], jaundice was a leading cause of infant death, until a nurse found that a few hours of sunlight could actually cure the condition. [Onscreen text: Nurse Jean Ward] At the dawn of the AIDS epidemic [onscreen: United States 1983], no one knew how the disease spread, so patients were kept quarantined and alone, until nurses defied convention and embraced them with compassion. [Black male nurse holds very sick patient’s hand as they watch fireworks through window.] And cerebral palsy robbed many patients of their ability to speak, until a nurse gave them back their voices [we see young female patient touching “Speak for Myself” screen to create audio:] “And I will always be grateful to her.” [Onscreen: Nurse Rebecca Koszalinski]

And this version has everything in the one-minute version, plus Elizabeth Kenny and Fatu Kekula.

VO: … When the scourge of polio hit the world [onscreen: Australia, 1939], it was standard practice to strap down and immobilize patients, until a nurse discovered that movement and physical therapy had far better results. [Onscreen: Nurse Elizabeth Kenny] … During the Ebola outbreak [onscreen: Liberia, 2014], the disease was thought by many to be too contagious to treat, until a student nurse used what she had on hand – garbage bags and duct tape – to protect herself so she could care for others. [Onscreen: Student nurse Fatu Kekula.] [We see her caring for people in a dusty African setting] …

This group of ads is perhaps the strongest that the Campaign for Nursing’s Future has produced since it began in 2002. Some past ads have included helpful information about nurses “making a difference” and even saving lives. But we don’t think any previous ones have really conveyed the broad influence that nurses like those profiled here have had on global society. Innovation is an advanced form of thinking, not something with which nurses have traditionally been associated. But these ads make clear that the profiled nurses have pioneered care approaches that have, well, “changed lives”—many lives. And although most of the short voice-over descriptions don’t say so directly, the descriptions of the work of Nightingale and Ward both indicate that the problems they addressed were costing many lives, so those nurses’ innovations presumably saved many who came after. The historical sweep of the ads suggests that nurses have always been thinking and innovating. This is not something that just started recently. So, although no one says so explicitly, the common understanding of nursing has been wrong pretty much since the beginning. Indeed, in addition to the positive things the ads convey, they are also remarkable in the stereotypes they counter, particularly the still-common idea that nurses are just unskilled physician handmaidens. The ads refrain from suggesting that physicians were really behind these innovations or that the nurses profiled were serving physicians rather than patients.

It’s true that there is not much hint of the relentless nursing advocacy that was required for many of the nurses to make these changes. We understand that Nightingale and Kenny in particular faced a great deal of resistance from physicians. The AIDS nurses are presented as “defying medical convention,” but viewers will likely see that as very much in keeping with the traditional nursing image–defying convention by being super-compassionate and self-sacrificing.

Some might quibble with the list of nurses chosen for the ads, both historically and in the present-day, and in particular with who was chosen to appear in the 30-second version. But we realize hard choices had to be made and this list seems generally fair. It has geographic diversity, some racial diversity, and even gender diversity, as the unnamed AIDS nurse is male. (We do wonder if the creators were inspired by the fierce character Belize from Tony Kushner’s Angels in America, although there is little chance for this fleeting visual characterization to do much to confirm that). The choice of the African woman Fatu Kekula is admirable on diversity grounds and in linking the ad to a high-profile current issue. And the ad actually understates her remarkable achievement—she saved several lives directly and her “trash bag method” did have wider influence. On the other hand, the choice could be questioned on the grounds that her innovation was perhaps less far-reaching than those of, say, AIDS care pioneers Elizabeth Ngugi or Loretta Sweet Jemmott. And it’s also true that Kekula was then only a nursing student (or “student nurse,” in the ad’s problematic terminology, since a nursing student is of course not a nurse at all). The descriptions of what the nurses did are generally strong and concise. There is some room for improvement. For example, the text on Rebecca Koszalinski could have made clearer that she actually developed (invented) the Speak for Myself application; she did not just walk into the patient’s room and “give” her something someone else created. It would also have been helpful for the onscreen identifier to note that Koszalinski is an RN, PhD; she is a university-based scholar.

In terms of tone, despite the sometimes tough subject matter of the ads, they maintain the softness that has been the hallmark of the Campaign since the beginning, with the soft string music and narration. That narration reaches a gentle peak of sweetness with the repeated “until a nurse” line, which is at the emotional and substantive core of the ads, emphasizing the pivotal roles nurses have played in the different areas we hear about. Still, any ads in the J&J campaign have to be measured against the horrendous tone set by the early ones, with their “dare to care” music, which seemed to cry “Angel stereotype! Yay!” no matter what other content they had. By that standard, the tone of the current ads is just fine.

On the whole, the 2018 nursing innovation ads highlight very helpful aspects of the profession that few members of the public would likely know about otherwise. We thank those responsible.

You can see Johnson & Johnson’s Nursing channel on YouTube here.