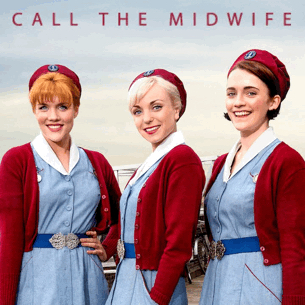 In the BBC drama’s fourth season, autonomous nurses provided expert midwifery and psychosocial care to a poor London community. And they advocated strongly for dispossessed populations.

December 2015 – The fourth season of the BBC drama Call the Midwife continued the show’s powerful portrayal of nurse midwives. These characters are skilled, autonomous health professionals caring for a poor London community in the decades following World War II. At times, the nurses’ care leads them to push up against social conventions, particularly in trying to help members of marginalized communities, including through public health advocacy. This season, Sister Winifred managed to provide good care to a pregnant prostitute with syphilis, despite her own reservations about the woman’s lifestyle. Barbara Gilbert cared for a pregnant Sylheti woman despite a language barrier. Gilbert also helped persuade a father to accept his newborn daughter, even though he had really wanted a son to take over the family business. And Sister Mary Cynthia helped a Gypsy community by giving sensitive midwifery care to a pregnant member and by persuading the police to delay clearing the community’s illegal camp until the mother and child could travel. Not everything on the show presented nursing in the best light. Former nun Shelagh was still occasionally able to display her customary health expertise. But unfortunately for nursing, she became a “medical secretary” for her physician husband Turner, and in one episode, she was an apparent booster of infant formula. Of course, elements like those do tend to reflect the time period of the show, but more could be done to create narrative distance. Our hope is that viewers will not see such depictions as endorsements. On the whole, Call the Midwife remains one of the most helpful portrayals of nursing in television history. We thank creator Heidi Thomas and all responsible for the show.

The fourth season includes compelling stories of the nurse midwives providing expert care to their Poplar community. In the fourth episode, a father struggles to accept his newborn daughter. He desperately wanted a boy to make good on a promise to his own father to carry on the family “& Sons” business, especially since the father and all his other sons died in the War. Barbara Gilbert advocates for her young patient, arguing that Dad should treasure his daughter, and with strong help from the physician Turner, Dad seems to come around. Another case in the episode involves Sister Winifred’s care for the pregnant prostitute with syphilis. The innocent young nun provides generally supportive care, although she certainly wonders if a brothel is the best place to raise a child. In the end, Winifred does push for better education of other prostitutes to reduce risks of the disease, making a good public health effort. And at another point, when the retired Sister Monica Joan encounters a desperate patient, she has no one to turn to but the also-retired but still competent Shelagh, who expertly delivers the baby. Physician Turner opines that Shelagh (his wife) was always the best midwife, which is good but also underlines how unfortunate it is that Shelagh is now his “medical secretary.” Indeed, in the fifth episode, Shelagh struggles to get respect from the patients in Turner’s office, who seem to see her as a receptionist. She dons a nurse’s uniform. The seventh episode has more good examples of the midwives’ strong physiological and psychosocial care. In one plotline, Barbara Gilbert and Mary Cynthia are trying to help an older and somewhat fragile woman who cares for her bedridden husband. At one point, Gilbert helpfully points to some new research suggesting that a better way to avoid bedsores is more frequent turning, rather than applying some substance they’ve been using. Unfortunately, the woman has been stoically hiding a tumor in her own chest that turns out to be advanced cancer. Her husband and the midwives persuade her to have an operation to at least improve her chances. The other main clinical plotline involves a nursing error. In the confusion of a fire, Sister Evangelina switches the babies of two former school friends who happen to have had babies at the same time. Evangelina soon discovers the error, but enough time has passed that each of the couples has bonded with the other baby. One mother, who now has more social status than her old friend, has become particularly attached to the wrong baby. And she doubts that her old friend can handle that the baby has a bad heart condition and will need a lot of care. In the end, it seems that each couple will care for their own biological child. Evangelina is mortified by her error. The supervising midwife Sister Julienne and Shelagh confirm the switch through blood type analysis, and they present a united front in revealing it, taking responsibility. This is a good plotline for nursing because genuine respect for the profession includes the recognition that, because nursing is so consequential, nursing errors matter just as physician errors do. The few troubling bits in the season are mostly just reflective of the era, although at times they are presented without any clear distancing. That might mean that some viewers will simply nod along as if they were no problem. As noted above, the talented Shelagh now works as physician Turner’s medical secretary. Of course, we are aware that at this time women were generally expected to give up careers and stay home when they married. But as a secretary, Shelagh is not staying home. She has given up the career it seems she was destined for in favor of work that appears to lack autonomy, to require less skill, and to have far less impact on the patient population.

Even some of the clinical interactions Shelagh does have can be problematic. In addition to the uniform issue noted above, in the first episode of the season Shelagh appears to be teaching a class to new mothers who are presumably under the care of the midwives and Turner. That is helpful in that she is doing patient education, but unfortunately, we see her enthusiastically promote formula use as if it were a scientifically advanced option. It is not. Formula use causes myriad health problems and is a key factor in the roughly 1,500,000 infant deaths from the diarrhea / malnutrition cycle every year. One precocious mother in the class has been reading the famous author Dr. Spock’s work on child-rearing, and she actually challenges Shelagh, arguing correctly that breastfeeding is superior in a number of ways.

Finally, we note that the precocious son of Shelagh and Turner seems likely to end up as a physician, as the sixth episode strongly suggests. Again, that is clearly realistic and we don’t expect the characters to suggest, ahistorically, that the son consider nursing. But without any narrative distance—which might have been achieved even with just a passing indication of the highly gendered career expectations of the era—the minor plotline will still tend to underline the general idea that the best and brightest with an interest in health become physicians.

Despite such minor concerns, Call the Midwife remains the best portrayal of nursing currently on television, offering regular depictions of nurses autonomously saving and improving lives with advanced health skills and strong patient advocacy. We thank the producers.

You can send the show your thanks and other comments here: