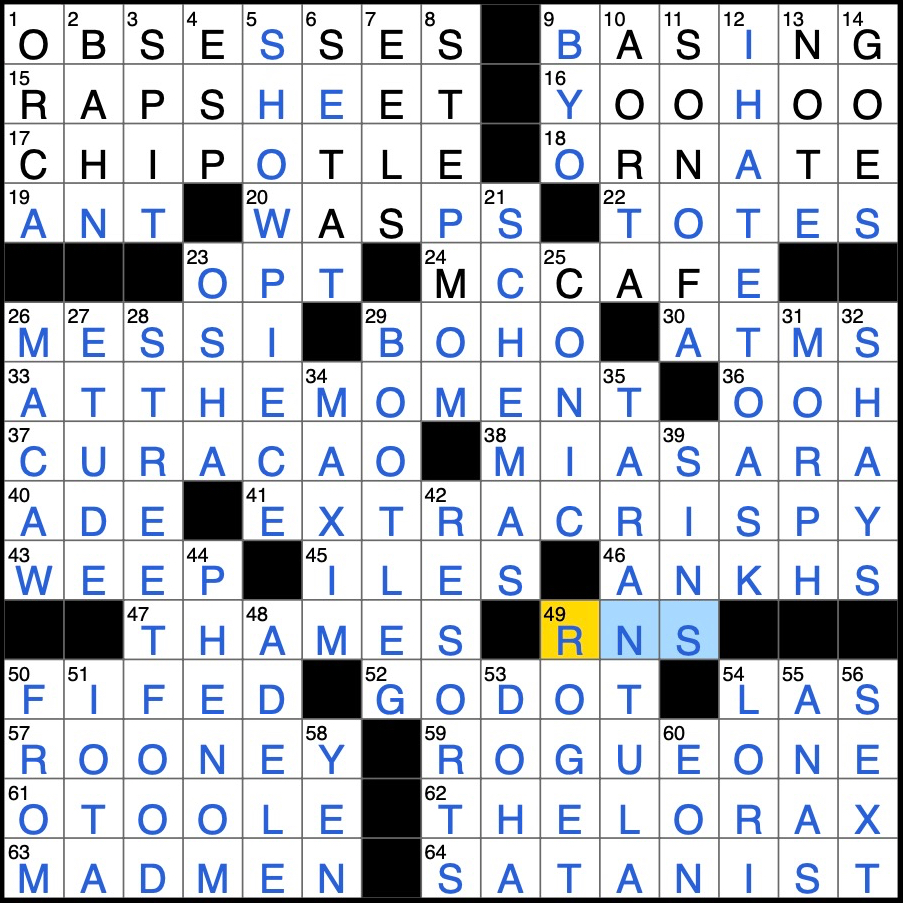 Today the prominent puzzle sought the answer “RNS” with the clue “Pro caregivers, for short.” That at least suggests that nurses are experts with some level of autonomy. And it’s a far cry from the puzzle’s 2007 and 2009 clues, which the Truth strongly protested, calling nurses “hospital attendants” and “I.C.U. helpers.”

April 12, 2019 – Today the New York Times Daily Crossword had a clue about nurses that actually seemed designed to make amends for past clues that damaged the profession. Today, 49 Across sought the answer “RNS” with the clue “Pro caregivers, for short.” That may not seem like much—it is a crossword clue, after all. But the clue does convey in a general way that nurses are professionals. And it contains no suggestion that they are physician handmaidens. Being a “pro” at least implies expertise and a measure of autonomy. Contrast that message with the 2007 clue “I.C.U. helper” and the 2009 clue “hospital attendant.” Those clearly sent the message that nurses are no more than low-skilled, well, “helpers,” who merely wait around for physicians to tell them what to do. Both of those clues led the Truth to protest to longtime Times puzzle editor Will Shortz. We explained to him in detail why the common misconceptions of nursing that the clues reflected were damaging, in light of the global nursing shortage and the proven influence that the media has in shaping public attitudes toward the profession. As we noted in 2009, “helpers” and “attendants” do not autonomously perform complex clinical assessments or administer high-tech treatments that mean the difference between life and death. And there are no doctoral degrees in “hospital attendancy.” Shortz never responded directly to our concerns. But this new clue is so aggressively aimed at showing respect for nursing that it does seem like someone over there noticed. Please join us in thanking today’s puzzle author Howard Barkin, and we suppose even Shortz, who at least did not stop the “pro caregiver” clue from appearing. You can send thanks to puzzle author Howard Barkin from his Facebook page. Editor Will Shortz is on Twitter @Will_Shortz. Or if you prefer snail mail, please direct your comments to: