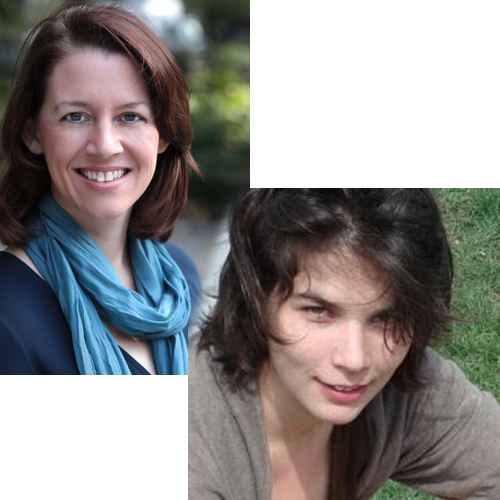 August 26, 2015 – Recently the New York Times has run opinion pieces by two nurses that explain critical issues in end-of-life care and advocate persuasively for reform. On July 24, hospice nurse Theresa Brown wrote the op-ed “Choosing How We Die.” Brown pointed to the need for policies to promote end-of-life care discussions, particularly through increased federal reimbursement of providers, in accord with a proposed new rule. And today, a longer piece by intensive care nurse Kristen McConnell appeared in the Opinionator section, as part of its “The End” series. Headlined “The I.C.U. Is Not a Pause Button,” that one had more detail about the suffering caused by many life-prolonging treatments in the clinical setting. McConnell revealed expertise about patient conditions, although more specifics about what she actually does would have been helpful. Both pieces show nurses to be articulate, knowledgeable patient advocates, at least in the public policy arena. On the other hand, both items also suggest, at least by implication, that nurses do not have enough power to pursue their vision of care. It seems to us that it is nurses who see all of this most clearly, both because of their holistic focus and because, contrary to the popular understanding, it is nurses who spend more time with patients than any other health professional. If nurses had a greater role in making policy and in clinical settings, including discussions with patients and families, they could do much to make real the progressive vision of care that the writers espouse in these opinion pieces. Yet neither piece says anything about the role of nurses in particular. Still, both show nurses speaking out forcefully on important policy issues, and we thank all those responsible.

A tale of two patients

Nurse and author Theresa Brown’s piece “Choosing How We Die.” discussed the need for a better system to enable patients to engage in “advance care planning,” that is, making choices about what health options they want and do not want when they are near the end of their lives. She began by describing the court case of Alzheimer’s patient Shirley Dinnerstein in the 1970s, which helped to establish greater power for patients to choose whether to be resuscitated. Brown noted, though, that patients today still “have little guidance in navigating end-of-life choices, and doctors have little incentive to offer it.” But she said that could change if the Center for Medicare and Medicaid Services adopted a proposed new rule that would reimburse physicians for discussing such matters with patients when they are often most needed—when the patients become very ill—as opposed to only during the initial “Welcome to Medicare” visit. Brown explained that those discussions help patients decide if they want the most aggressive treatments, such as clinical trials and ICU stays, or a palliative approach to control symptoms, or no further treatment beyond hospice care at home. Early versions of the Affordable Care Act had included similar provisions. But, Brown said, those were removed after “conservative politicians” began saying they would lead to “death panels,” a claim Brown rejected based on her experience as a nurse in oncology and hospice. On the contrary, “the reigning presumption in our health care system is that treatment, no matter how hopeless or torturous, must be pursued, and that life, no matter how compromised, must be preserved.” Brown described a friend who had recently learned that she had early-stage Alzheimer’s and breast cancer. The friend’s physician wanted to double the number of radiation treatments without explaining why. Brown advised her friend to agree to the original number and then re-assess based on how she was holding up, which gave her friend a sense of control. Brown concluded that this is the key: “There is so much about our own life’s end that we can’t control; surely we deserve the chance to learn about and plan for the part that we can.”

This was a well-written piece of policy advocacy, with a good mix of analysis and anecdote. Like other pieces Brown has published, it showed that nurses are articulate health advocates who are familiar with clinical and policy matters, which is important information that many even in the elite media don’t seem to understand. In particular, the op-ed portrayed nurses as taking a holistic view of care, not just looking at narrow care protocols or profit motives—a good contrast to some television dramas, which rarely show physicians pushing excessive care or nurses resisting it. It might have been even better if Brown had conveyed that nurses can and should challenge misguided care plans in the clinical setting, not just through op-eds and advice to friends. And it is not just physicians who should be involved in end-of-life discussions, but direct care nurses and advanced practice nurses. Still, the piece is very helpful on the whole.

A tale of two patients

Intensive care nurse Kristen McConnell’s piece “The I.C.U. Is Not a Pause Button,” appeared as part of the Opinionator’s “The End” series, which addresses end-of-life issues. Her item focused less on policy and more on her experience in the clinical setting. In particular, she described two very different ICU patients she had had on a 12-hour overnight shift. One was an elderly stroke patient, the other a man in his 30s with “chronic pain” who had evidently overdosed on narcotics. She described the stroke patient’s poor condition in detail. The patient was facing a need for intubation, but McConnell noted that if that happened, he would need it “for the rest of his life.” His family was considering making his status “do not resuscitate / do not intubate,” but they were waiting for a son who lived far away to arrive. It was the weekend and things seemed to be “on pause,” but in fact they were not:

The patient was living through these hours and days, mask on, mask off, a feeding tube in his nose, IVs in his arms, having his dry mouth sponged, his throat suctioned, defecating and being cleaned up.

Indeed, even though McConnell had been sitting him up and giving him as much oxygen as she could, she told a physician that without more aggressive measures to help him breathe, they would need to do an emergency intubation. The physician responded with “what we’re not doing is helping him.” McConnell agreed. But, she noted in the piece, their job was intensive care in accord with the chart. The man was eventually intubated, until the family finally decided to stop treatment, and he died, “not atypically,” after a couple weeks of ICU care.

Later on that original shift, the overdose patient arrived from the emergency department, “seizing continuously,” not breathing well, covered in vomit the ED had been too busy stabilizing him to wipe off. The ICU staff worked on him. Over the following days, his breathing improved, and he soon became “inappropriate and annoying: a status reserved for only the healthiest of I.C.U. patients. We had simply and decisively saved his life.” McConnell admitted that she had not often experienced this scenario in her two years as a nurse, because intensive care often seemed to be more about limbo than saving lives. Family members “seem to feel that an I.C.U. is a time-free holding zone,” a “pause button,” but in her piece McConnell stressed all the things that the ICU patient has to actually live through, the invasive testing and treatments, the

parade of medications,…the coughing and grimacing and shuddering,…the bloating and stiffening or slackening and eventually the eerie dehumanization of both the patient and the caregiver.

McConnell concluded by stressing that “a good death rarely happens on its own; it needs to be negotiated and orchestrated.” Even though more people are completing advance directives, many still undergo the experience of her stroke patient, “in a purgatory maintained by family members who are either too intimidated by the complex medical situation to get involved (care providers who communicate poorly share the blame for this), or who don’t realize that this time is crucial.” An extended ICU stay is “an ugly way to end a life,” she said, but without some legal directive limiting what should be done, interventions continue. Family members should go to the ICU and see what is happening, because although clinicians care about patients, the ICU’s job is “to preserve life.”

Often, when working with patients who have a quality of life it is impossible to imagine anyone wanting, we express our care by saying, ‘I’m sorry.’

This is a powerful piece about the need for some way, whether an advance directive or more attentive family members, to improve the final days of ICU patients who will inevitably die. Indeed, although McConnell does not mention it, a better term for the traditional “DNR” is actually the “Allow a Natural Death” or “AND” order. McConnell’s description of the methods employed to keep dying people alive should make readers recoil. But she wisely offers a contrast in the younger patient—ICUs can save critically ill people and allow them to return to their lives, but often, they just prolong death in a way that most people would not want. The piece includes a number of indications of McConnell’s expertise, mostly in her assessments of the patients’ conditions and needs. For nursing, the piece would have been stronger with more about specific skilled interventions McConnell herself did—even if she concluded that it would have been better for her never to have done them. She also shows herself to be a strong advocate for patients, at least in the piece itself; she concedes that caregivers who communicate poorly with families share responsibility for what happens in the ICU. It seems that McConnell and her colleagues, including at least some physicians, are frustrated working in a system that results in the kind of end-of-life suffering she describes.

Opinion pieces like this are a good step toward change. But empowering nurses in the policy and clinical settings would be even better.

See the op-ed “The I.C.U. Is Not a Pause Button” by Kristen McConnell, published on the New York Times site on August 26, 2015.