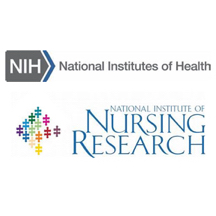 The National Institute for Nursing Research, which disburses federal grants, recently announced that its interim director would be…a dentist. But non-nurses are non-qualified to evaluate grants for nursing research. And the appointment reinforces the inaccurate stereotype that nurses are unskilled handmaidens, rather than autonomous health professionals. Join us in asking for these two appointments be rescinded and for nurses to be appointed!

August 2019 – This month a dentist and a biologist were appointed interim director and deputy director of the National Institute of Nursing Research (NINR), after the resignation of Ann Cashion, RN, PhD, FAAN. NINR is the division of the U.S. National Institutes of Health that makes grants for nursing research, and its FY 2019 budget was about $163 million. It should be obvious that non-nurses are in no position to ably perform these important nursing jobs. Would NIH appoint a nurse to oversee dental research funding? But what may be less obvious is the damage such appointments cause to nursing as a whole. They wrongly suggest that nursing is not a distinct health profession, but something anyone with some health-related background can do. In fact, nursing is an autonomous profession with a unique knowledge base and scope of practice. Nurses are educated by nurses, licensed by nursing bodies, and supervised by nurses in the clinical setting. Nurses independently engage in 24/7 surveillance to detect and resolve life-threatening problems. And nurses spend many years obtaining doctorates in nursing so they can pursue their own ground-breaking research, sometimes with funding granted by NINR. The idea that a non-nurse could competently oversee an elite nursing institution or evaluate proposals for nursing research with a view to spending taxpayer dollars on them presents a threat to both nursing and society.

Most decision-makers do not understand the value of nursing or know that nurses save lives. So nurses do not receive enough respect or resources. Clinical nurses are understaffed, threatening patients’ lives. Many nursing faculty are also overworked and underpaid. The stereotype of nurses as low-skilled handmaidens who need physicians to oversee them remains common, fueled by the news media and of course Hollywood. (We admit that suggesting nurses need dentists and biologists to oversee them is an innovation.) But damaging ideas about nursing can also be fueled by public sector leaders who make high-profile decisions that reinforce these inaccurate stereotypes, as this one by NIH does.

7 thoughts on “Anyone will do”