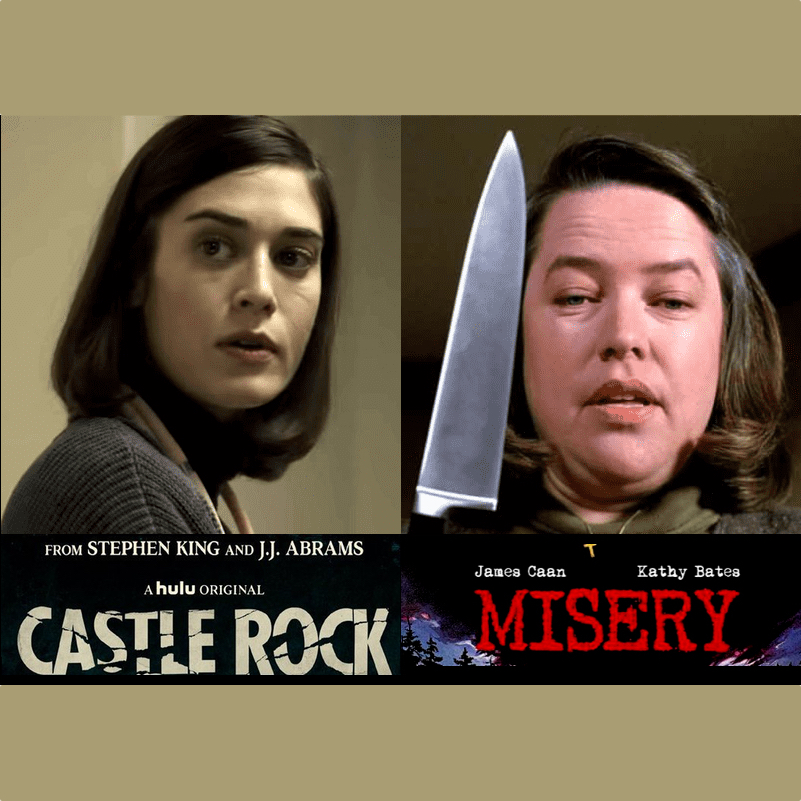 Hulu’s Stephen King series is adding Annie Wilkes, the murderous nurse who imprisoned and tortured her favorite novelist to make him keep her favorite character alive. In Misery, the Wilkes character linked female nursing authority with malevolence and otherness. She has a new plotline here, so we’re sure it will be fine.

October 2019 – When Hulu’s supernatural drama Castle Rock returns for its second season on October 23, a major character will be one of history’s most notable battle-axes: Annie Wilkes, the obsessive nurse who imprisoned and tortured her favorite writer in Stephen King’s 1987 novel Misery. Castle Rock is a mash-up of characters and settings from the King universe, so introducing Wilkes is no surprise. She already has a cinematic history, as Misery also became a successful 1990 film. (And Kathy Bates won the Oscar, just as Louise Fletcher had for Nurse Ratched 15 years earlier; battle-axe nurses strike a nerve.) In the original story, the Wilkes character rescued novelist Paul Sheldon after a bad car accident in a remote area. But then she imprisoned him, mixing ostensible health care with torture to keep him writing about a recurring character he wanted to abandon. In the course of their struggle, she committed murder, and her backstory suggested that she was a serial killer who had evaded responsibility for killing a large number of patients in the clinical setting. The character associates female nursing authority with malevolence, otherness, and mental illness. It’s hard to say how much the new Wilkes will embody these themes. Previews suggest that she will be scary and mentally ill, but that her focus will be protecting her young daughter, and that she may not spend too much time in a clinical setting. However, it also appears that she is a fugitive running from at least one murder charge. If the character’s bad acts are not linked directly to her nursing authority in a clinical or quasi-clinical setting, she may not strongly reinforce the battle-axe. After all, there are nurses who are troubled and nurses who kill. But even if this incarnation of Wilkes is not as bad for nursing as the original, the profession doesn’t really need a high-profile reminder of the character. We urge you to watch the new Wilkes and see what you think. This is an addendum to our 2019 Fall TV preview. You can see the remainder of our 2019 Fall TV preview here.