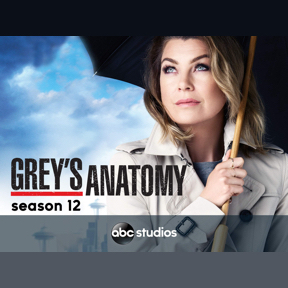 The season was especially physician-centric, with surgeons doing everything that mattered in the hospital: triaging, diagnosing, treating, monitoring, intervening, advocating, educating. Nurses were absent or peripheral, appearing on occasion to hold things, get commands, or tell one physician about the needs or location of another physician.

May 2016 – Even by the standards of ABC’s Grey’s Anatomy, the show’s twelfth season was physician-centric, with more than a dozen surgeon characters doing everything of consequence in the hospital. For the most part, surgeons alone triaged, diagnosed, treated, monitored, intervened, advocated, educated, and counseled. Nurses were absent or peripheral, appearing occasionally to hold things for physicians, to receive physician commands, or to inform one physician of the needs or location of another physician. The anonymous nurse characters tended to seem more like on-set technical advisors to the beautiful Hollywood stars playing the physicians. In a March 2016 episode there was a flashback to the show’s March 2005 premiere, prompted by the reappearance of an old patient. So we were again treated to the patient’s classic insult to lead character Meredith Grey: The patient had told 2005-era Meredith that she had not been stuck with someone so clueless the last time she was at the hospital, and “that was, like, a nurse.” In any case, as has been true since the beginning, it’s not clear whether the show is worse for nursing when it pretends physicians do all the nursing, as it did this season, or when a nurse character actually emerges from the background, since such characters are so likely to reinforce damaging stereotypes. Creator Shonda Rhimes is responsible for Grey’s Anatomy.

In some episodes of Grey’s Anatomy, no nurse character even gets a line. Most episodes do have at least a few scenes in which we see how the surgical stars manage a code or other emergency, and in these the producers seem to find it helpful to have some additional bodies to absorb commands, to help move or steady patients, to hand over or receive objects. Nurses may be responsible for removing agitated family members (disregarding the concept of family presence) or leading them away to get coffee. Sometimes, the nurses are indistinct blurs in the background. Or we may see only their forearms or the backs of their heads. One thing nurses almost never do is speak to patients or families; they are there to serve physicians. In episode 9, a nurse does complain that a seizure patient has soiled herself, and he asks for an orderly to clean it up—very impressive. The surgeons proceed to handle the patient’s long, agonizing rehabilitation, apparently by themselves. In episode 15, nurses play a role as physician locators. At one point, an OR nurse appears, on the phone, addressing the operating surgeon: “Dr. Kepner! Dr. Avery’s wondering how long you’ll be?” Kepner snaps that the nurse should tell Avery she will be as long as she needs to be. Who wouldn’t want to have that nurse’s job? So close to greatness!

In episode 12, Meredith’s old patient reappears with a new problem. The show doesn’t just make the link to the past, but actually re-runs part of the original scene from 11 years earlier, in which patient Katie Bryce insulted Meredith with the remark about not having previously been “stuck with someone this clueless. And that was, like, a nurse.” On recognizing Meredith now, Katie remarks: “Oh my God. They still let you be a doctor here?” But Meredith, now an attending, is unfazed. And the patient eventually sees the error of her original judgment—about Meredith. The patient’s judgment about nursing remains unchallenged.

We urge everyone who cares about nursing to ask Grey’s Anatomy to do better. Thank you!

Click here to go to our Grey’s Anatomy petition!
Thank you!