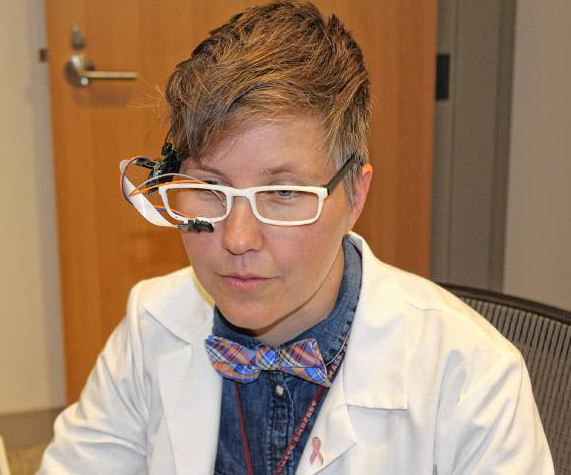 A Forbes piece by Stephen Key spotlights three award-winning female inventors, including University of Massachusetts nursing professor Rachel Walker. Walker has created impressive inventions for cancer patients. But she also addresses the barriers nurses and patients face—and how to overcome them.

August 29, 2018 – Today Forbes posted a very helpful item by Stephen Key about the work of three successful female inventors, including University of Massachusetts Amherst (UMass) nursing professor Rachel Walker. “How Three Women Beat the Odds to Become Award-Winning Inventors” features basic information about three “Invention Ambassadors” chosen this year by the American Association for the Advancement of Science (AAAS) and the Lemelson Foundation. They are Florence Lu, a senior solutions architect at IBM; Mary Kombolias, a senior chemist with the U.S. Government; and Rachel Walker, an assistant nursing professor at UMass. Walker’s inventions range from a portable IV fluid-generating system for use in disasters to “lab-on-a-chip devices to detect harmful byproducts of chemotherapy.” But she also does a great job in the Q&A that is the focus of this piece by conveying a strong sense of nursing and its challenges, something even the most accomplished nurses don’t always do well in the media. Walker explains her holistic, team-oriented approach to pursuing new ideas as a way of empowering the dis-empowered. She also gives a long, thoughtful description of the barriers nurse inventors face in an intellectual property system that has traditionally favored white male perspectives and discouraged nurses from innovating or, at a minimum, from claiming any credit for their innovations. In other words, she is not just an inventor, but also a strong advocate for nurses and patients. We thank Professor Walker, Stephen Key, and Forbes.

Invention as a path toward equity and justice

Key’s introductory material says that in recent years, more women have been applying for patents worldwide, particularly in the academic sector. Key, himself an inventor, notes that inventors tend to be invisible, but that is a shame because in his view they are heroic. Recently, he reports, he got to know some inventors who are “not motivated by commercial gain,” explaining that the three women he is about to profile “want to make the world a better, more efficient and empathetic place by solving the challenges around them.” Evidently, he met them at an event this summer hosted by the AAAS-Lemelson Invention Ambassador program, where they and Key himself were among the eight Ambassadors so honored. (A June 1, 2018 UMass press release (link below) notes that Walker is the first nurse ever chosen as an Ambassador since the program began in 2013.) Key invites readers to “discover how these women became inventors, the obstacles they’ve overcome, and their advice for the next generation.”

Before getting to the Q&A, the piece has large photos of the three women, listing their job titles and some specific inventions. For Walker, that part reads as follows:

This is a generally great thumbnail sketch of Walker, although ideally readers might have also learned that she has a PhD in nursing from Johns Hopkins. True, the piece does not include credentials for the other two women profiled either, but fields like chemistry and computer science have less need to inform the public that they have advanced education.

The Q&A explores the women’s approach to inventing and the challenges female inventors face. Walker emphasizes her inclusive, collaborative approach and the need for diverse perspectives. She notes that at the UMass Institute for Applied Life Sciences, her “team members range from people in chemical engineering, computer science, neuroscience, molecular biology, oncology, kinesiology, public health, epidemiology — all the way through to theater studies and philosophy.” She also notes the need for “input from patients, clinicians and community members.” As the discussion turns to female inventors, Walker responds in part:

The nurse who founded the first modern hospice, Dame Cecily Saunders, was told that if her idea was any good, it would come from a doctor. She had to go to medical school before she was allowed to open it.

That’s it in a nutshell. Walker goes on to address how nurses are not trained in an “invention ecosystem” or “invention language” or even encouraged to protect their intellectual property; they just release it to help everyone! She contrasts that historically female cultural outlook with that of “traditional STEM disciplines,” which have invention cultures. If anyone in health care took that path, she says, “it was really the male physicians.” Walker notes that this limited perspective also limits what is invented, because many key problems remain unseen and unaddressed. But she says she is encouraged by recent progress in raising awareness of the roles nurse can play in the invention ecosystem, noting that the American Nurses Association has just launched Innovation Awards. Walker also displays a broader vision of hope for the future.

I think that anytime younger people are empowered to think creatively, to pursue problems on their own, and build the knowledge for themselves, it tends to result in good outcomes. I think part of forming excellent scientists, inventors and people, is giving students and people at every stage of this educational process, opportunities to also practice empathy. … Right now we’re in troubling times, and I think that invention is a path towards equity and justice. We need to empower the inventors of the present and future, who are perhaps the ones experiencing the greatest vulnerability at the moment, because of some of the political and environmental challenges they face. The best ideas often spring from people deeply embedded in that context. …. This kind of invention removes a barrier – and that’s a form of justice.

This Forbes piece does not tell readers much about the technical aspects or benefits of Walker’s specific inventions, as impressive as those sound, or give many details about her background in nursing. But instead, it gives a strong, articulate nursing leader a great platform to help readers learn more about the process of invention and the process of nursing as a holistic, inclusive endeavor, one that promotes human progress by focusing on teamwork and empathy, seeking to promote “equity and justice” in difficult times. We thank everyone responsible.