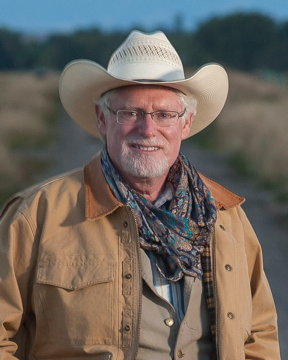 On NPR’s “The Call-In,” nursing is just as hard as low-skilled tending can be!

On Weekend Edition Sunday, several direct care nurses addressed the state of nursing. Unfortunately, what came across was mostly the suffering angel stereotype, with no real sign that nurses are educated professionals who save lives. And professor Peter Buerhaus’s comments about understaffing and nurse practitioner care were damaging distortions.

January 14, 2018 – Today National Public Radio’s Weekend Edition Sunday devoted its weekly “The Call-In” feature to “The Nursing Industry,” inviting nurses to call and address recent changes in the profession. Host Lulu Garcia-Navarro reported that NPR got “a lot” of responses, and some of those the show included did convey that the profession is worthwhile—and exhausting. But there were few specifics about what nurses actually do for patients, beyond providing vague emotional support. One nurse even stressed that she did not get into the profession to “save lives or anything.” Another nurse said that the profession had “evolved” and was “not just fluffing pillows and passing medications.” But that left the wrong impression that at some undefined time in the past—maybe not so long ago—nursing really was just about unskilled comfort and following physician commands, with no scientific basis or autonomous scope of care. And the piece included no substantial description of what nursing is now. So the overall effect was to strongly reinforce the unskilled angel stereotype.

The piece also offered comments from Montana State University nursing professor Peter Buerhaus. He made a couple fair points about the ongoing nursing shortage, including the risks posed by the retirement of experienced baby-boomer-generation nurses. But when invited to address the problem of nurses being overworked, Buerhaus’s comments were limited to the role of increased documentation demands. His comments failed to address the roots of the problem in the reduction of RN staffing levels, relative to acuity, as a cost-cutting measure. And Buerhaus failed to mention that research has shown nurse understaffing to be costing lives worldwide. He did note that all that paperwork is taking nurses “away from the essence of establishing a relationship with a patient.” We estimate 0-1 listeners will translate that into “the shortage is killing people.” In addition, when Buerhaus was asked to explain what nurse practitioners (NPs) are, he presented them as graduate-prepared nurses who can fill gaps caused by physician shortages, suggesting they are just physician substitutes. There was no mention of the research showing NP care is at least as effective as that of physicians, nor of NPs’ ability to practice autonomously under the holistic nursing practice model, which many patients actually prefer. Of course, it is possible that Buerhaus and the other nurses had more helpful things to say, and NPR simply did not use those comments. But what we got was almost 10 minutes of national radio that suggested nurses are good-hearted but low-skilled and probably expendable—the same views held by decision-makers whose disregard has put the profession under the very stress the piece describes. We thank all involved for trying, but we hope future efforts will provide a better picture of nursing.

Listen to “The Call-In” about “The Nursing Industry,” on National Public Radio’s Weekend Edition Sunday, posted on January 14, 2018.

2 thoughts on “A beautiful sentiment”