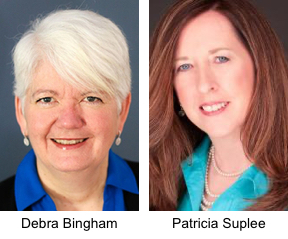 A May 2017 report addressed how “napping pods” can ease the effects of sleep deprivation on high school students. And an August 2017 piece described research finding that many postpartum nurses are ill-prepared to educate new mothers about risks to their health. Both reports show how nursing research can improve health.

August 17, 2017 – Recent reports on National Public Radio have done a good job of highlighting important nursing research aimed at improving care for children and mothers. On May 15, Patti Neighmond had a good piece on the Morning Edition program about the use of “napping pods” to try to ease the effects of sleep deprivation on high school students. In particular, the report describes the work of Linda Summers (no relation), a nursing professor at New Mexico State University. Summers examined students who had spent just 20 minutes in the pods during the school day. Previewing the results, Summers describes the pod sessions as a “therapeutic study hall” for tired, angry, or stressed-out students. And today, Morning Edition aired a longer report by ProPublica’s Nina Martin about new research in MCN: The American Journal of Maternal/Child Nursing. That study found that many postpartum nurses were unprepared to counsel new mothers about the health risks they faced after giving birth. The NPR piece relies mainly on study co-author Debra Bingham, a nursing professor at the University of Maryland, as well as lead investigator Patricia Suplee, a nursing professor at Rutgers University. Although the research found defects in nursing practice, the NPR report presents nurses as scholars engaged in self-analysis and advocacy to improve care, including through promising efforts to address the problems with enhanced nursing education. And even this worrisome research highlights the key role nurses can and should play in postpartum patient education. The report has a few troubling elements, including suggestions that nurses can be “quickly educated” about these maternal risks in “simple” programs, which may lead some listeners to regard nurses themselves as pretty basic. Still, on balance the piece is a helpful one. We thank those responsible for both of these reports.

Their critical role of educating moms

Neighmond’s report was “Stressed-Out High Schoolers Advised to Try a Nap Pod.” It focuses on the experience of Las Cruces High School senior Hannah Vanderkooy, a frequent user of her school’s pod. She finds it to be an “oasis” to relax amid the stress, worry, and sleep deprivation of school. Vanderkooy describes falling asleep in class, being sent for a nap, and returning awake and alert. The piece explains that the pods are egg-shaped reclining lounge chairs with soft music and circular lids that can be pulled over the head end to block light. The piece notes that studies “indicate that chronically sleepy and stressed-out teenagers might be the new normal among U.S. adolescents who are competing for grades, colleges and, eventually, jobs.” The report quotes Dr. Nitun Verma, “a sleep specialist and spokesperson for the American Academy of Sleep Medicine,” who says that naps can’t replace a full night’s sleep but can help, including by improving school performance. He notes that ideally schools would push back their start times to match teens’ circadian rhythms, which favor staying up late and getting up late.

But much of the piece relies on Linda Summers, who is introduced as a family nurse practitioner and “an associate professor at New Mexico State University’s school of nursing in Las Cruces.” The report also notes that Summers works with the high school’s health center, where she has seen the effects of sleep deprivation: “We know lack of sleep changes mood and makes you more anxious.” Summers got a federal health grant to have the pods installed in four high schools. She saw that the pods were not just good for sleep deprivation, but also anger and stress, helping kids feel refreshed and calm. For her study of the pods, she asked students who said they felt agitated or upset to report their feelings before and after spending 20 minutes in the pod. Summers says: “They all felt more rested, happier and more in control of their emotions.”  She says the findings have been accepted for publication by a peer-reviewed journal. In the school, teachers and her fellow nurses see the pods as a success, and as what Summers describes as a “therapeutic study hall” that helps students focus in class. Now, she actually writes prescriptions for the pods for students who are anxious, angry, or sleepy.

This short report does many things well. Beyond the basic description of the problem and the context, the focus on Summers is very helpful. The piece presents her as a scholar who teaches at a university and does health research published in journals. She is also portrayed as a practitioner who writes prescriptions and engages with her community, where her initiative seems to have had a real positive impact. It might have been good to hear that she, like “Dr.” Verma, has a doctorate (and apparently three masters degrees, including degrees in nursing and public health).

Their critical role of educating moms

The postpartum article is “Many Nurses Lack Knowledge of Health Risks to Mothers After Childbirth.” The piece first refers to a larger reporting project by ProPublica and NPR in which mothers have reported that “doctors and nurses were often slow to recognize the warning signs that their bodies weren’t healing properly.” Then the piece says that a recent study in MCN: The American Journal of Maternal/Child Nursing found that many of the postpartum nurses surveyed “were ill-informed about the dangers mothers face after giving birth.” The nurses thus could not “fulfill their critical role of educating moms about symptoms like painful swelling, headaches, heavy bleeding and breathing problems that could indicate potentially life-threatening complications.” Responding nurses were members of the Association of Women’s Health, Obstetric and Neonatal Nurses, “the leading professional organization for nurses specializing in maternal and infant care,” and nearly a third had graduate degrees. The piece explains that the overall U.S. maternal mortality rate is the highest among “affluent nations,” with rates especially high among black mothers and those in rural areas. But the MCN survey found that nearly half of responding nurses did not know that U.S maternal mortality had risen in recent years, that only 12 percent knew that most maternal deaths occur in the weeks following delivery, and only 24 percent knew that heart-related problems are the leading cause of those deaths.

In describing the findings, the piece includes good quotes from two nursing scholars. They are study co-author Debra Bingham, “who heads the Institute for Perinatal Quality Improvement and teaches at the University of Maryland School of Nursing,” and Patricia Suplee, “an associate professor at the Rutgers University School of Nursing in Camden, N.J., and the lead researcher on the study.” Bingham notes that nurses who are not aware of the rise in maternal mortality will feel less urgency to educate mothers about the warning signs. And Suplee says that the study revealed that heart-related conditions were the areas responding nurses “felt the least confident in teaching about.” The study found nurses spent very little time teaching new mothers about warning signs of possible complications. Yet such patient education is critical, because a mother typically does not “see her own doctor” for 4-6 weeks after birth, and up to 40% of new mothers are too overwhelmed and overburdened to make their follow-up appointments at all. The piece also describes focus groups, apparently part of the study, which revealed that postpartum nurses spent most of their time educating mothers about how to care for their babies, not themselves—and that what the mothers did hear about their own health “was wildly inconsistent and sometimes incorrect, Bingham says.” She also notes that some nurses were uncomfortable discussing life-threatening complications during what is “supposed to be a happy time.” The piece quotes Bingham on the lack of significant study of postpartum education. She notes that her association began such studies in 2014, when she served as its vice president of nursing research and education.

The MCN study also looked at measures to educate nurses and found that, as the article states, “nurses could be quickly educated with short, targeted information.” Researchers developed a “checklist and script” for nurses and a one-page handout for mothers about warning signals, “with clear-cut instructions for when to see a doctor or call 911.” The study authors tested these in four hospitals. Bingham emphasizes that they quickly saw some women return to the hospital with symptoms, including one Georgia woman who noted signs of what turned out to be a blood clot in her lung, a potentially fatal postpartum complication. The piece quotes Mary-Ann Etiebet, executive director of Merck for Mothers, which funded the study “as part of a 10-year, $500 million initiative to improve maternal health around the world.” Etiebet says:

Something as simple as creating educational and training programs for nurses … can have a real impact.

Once again, there are many helpful elements here. Of course the piece is in large part about practicing nurses’ lack of knowledge and failure to meet their professional responsibilities. But that is a fair subject for coverage—and one that shows that nursing care makes the difference between life and death. When doing things poorly causes harm, that means they matter. The piece shows that nurses can and should play a key role in patient education, something the media does not often convey. Moreover, this is just as much the story of nursing scholars conducting important research, finding solutions, and advocating publicly for better health practices. The specific description of the nursing journal and professional association present nursing as a serious profession. The extensive quotes from Bingham are also helpful, as nurses are not often consulted as expert sources. The article also deserves credit for the detailed descriptions of Bingham’s and Suplee’s positions, although it might have been helpful for the piece to note that they have doctorates, especially since the piece makes a point of noting how many of the respondents had graduate degrees. It might have been good to learn if more formal nursing education correlated with stronger results in the survey.

Other elements of the NPR piece are problematic. Twice the piece refers to mothers seeing “doctors,” as if all maternal primary care is provided by physicians, when research has shown the care of nurse-midwives to be at least as effective. The statement that nurses can be “quickly educated with short, targeted information” may suggest that nurses are not well educated, so they have to be treated like lay people, even though those creating the information are themselves nurses. Etiebet’s description of the programs as “simple” has a similar effect. Perhaps the piece means that postpartum nurses can be quickly reminded to convey to mothers what the nurses should have already learned at college or by staying up-to-date with journal reading. We note that Etiebet herself is a physician; we see no nurses in the leadership group of Merck for Mothers. In any case, on balance both of these pieces are helpful looks at nursing research and innovation.

See and hear the report “Stressed-Out High Schoolers Advised to Try a Nap Pod,” by Patti Neighmond, which aired on National Public Radio’s Morning Edition on May 15, 2017.

See and hear the report “Many Nurses Lack Knowledge of Health Risks to Mothers After Childbirth,” by Nina Martin, which aired on Morning Edition on August 17, 2017.