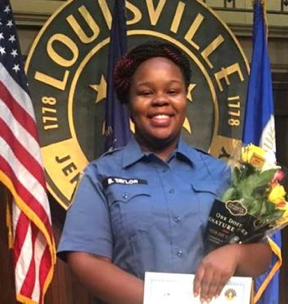 The Code of Ethics calls nurses to action

The Truth About Nursing denounces the killings of George Floyd, Breonna Taylor, and the many other persons of color who have died as a result of law enforcement abuses. We doubt we have much to add to this discussion, but we believe we should at least use our position as a nursing organization to oppose racism, which causes so much harm to our society’s health. We understand that these abuses are just one result of an entrenched structure of racist policies and economic inequality. We also understand that, despite some progress, this structure still causes great disparities in health, education, employment, and standards of living for communities of color. And we know that Covid-19 has disproportionately affected those communities, as the many nurses caring for Covid-19 patients can attest.

Breonna Taylor was herself an emergency medical technician (EMT) who planned to become a nurse. She would likely have spent part of her life caring for injured police officers. So it is terribly ironic that police officers took her life. This act shows the self-destructive nature of racism and violence.

Those responsible for these killings—and myriad other unjustified assaults—must be held accountable.

The Truth About Nursing also condemns law enforcement attacks on those who are protesting peacefully about our nation’s failure to uphold its ideals. That includes attacks on health workers who are simply trying to assist protesters who have been injured. Some officers have shown restraint, but video evidence shows that many have not. Nor have their superiors acted effectively yet to stop abuses.  As some nurses have noted, nurses and others in clinical settings regularly manage to calm or at least restrain angry, altered, and even violent patients. But they do so without beating, choking, or killing them. And they do so without relying on weapons or a culture of impunity.

The Code of Ethics for Nurses requires nurses to promote the health of all, regardless of race, gender, or any other identifier. We believe nurses should also advocate for redirecting far more of the United States’ vast economic wealth toward the health and wellbeing of underserved communities, and away from activities that undermine those communities and betray the national interest, including the over-policing of petty crimes and mass incarceration. We hope all will join us in opposing racism and supporting those trying to reduce its effects, including the severe damage to public health.

Here are some ideas for donations.

Here are some ideas for action:

Vox article on how to reform the police