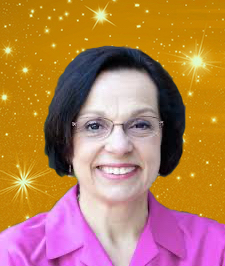 A long April 2020 piece in the Post had information from a diverse group of nurses. Of course, they were able to explain how it feels to be a nurse in the Covid-19 era—a common press theme now. But they also described the nature of the profession, what nurses actually do for patients, and nurses’ protests about inadequate PPE.

April 28, 2020 – Today the Washington Post had a good story by Dan Zak and Monica Hesse headlined “Nurses are trying to save us from the virus, and from ourselves.” That last part signals that this won’t be just a standard “nurse-hero” piece about how difficult it is to care for Covid-19 patients. Instead, the article manages to provide a surprisingly in-depth look at the nursing profession, from its historical roots to its key roles in patient surveillance and advocacy, including why many nurses are now protesting about shortages of personal protective equipment (PPE). One highlight of the piece is a capsule description of what direct care nurses do by Laurie Combe, the president of the National Association of School Nurses. Combe talks about the subtle but critical assessments and the vital psychosocial care nurses provide. The piece also discusses some of Florence Nightingale’s work to revolutionize care settings and improve survival rates in the 19th Century. And it describes nurses’ protest activities during the current pandemic, particularly efforts by members of National Nurses United to push for the federal government and hospitals to ensure that nurses have adequate PPE. One nurse protester mocks the “hero” narrative nurses often hear now as just “gaslighting” when it’s accompanied by a failure to provide them with PPE. These elements point to nurses’ key patient advocacy role, although the article does not make that link specifically. And the report is not perfect, as a few elements tend to support the incorrect notion that nurses are virtuous adjuncts of physicians, rather than autonomous professionals whose focus is serving patients. But overall the piece gives a vivid sense of what nursing is about and the situation of nurses trying to care for Covid-19 patients now. We thank those responsible.

The Post report does start by discussing the demands of Covid care. It explains how hard it is to provide expert and empathetic care for 12 or more hours while wearing burdensome PPE in an under-resourced setting while “confronting the most frightening pandemic in 100 years.”

But then the piece backs up and asks what nurses really do. Apparently they are “the glue” and the “link between patient and doctor,” and their profession is consistently rated the “most honest and ethical” in Gallup surveys. Those descriptions are all somewhat problematic—the familiar polling point because it often masks a lack of true respect for nurses’ skills, and the earlier descriptions because they present nurses as adjuncts to physicians, which they are not. Nursing is an autonomous profession that exists to serve patients, not physicians. The reporters do say that nurses don’t want to be called heroes, but for the public to stay home and stay alive. And then they turn it over to a nurse expert, who picks up on the standard “most trusted” message the piece has just presented.

“But I don’t think that means people really understand what nurses do,” says Laurie Combe, president of the National Association of School Nurses. It’s a complex job, requiring knowledge of both biochemistry and psychology, in myriad environments. Nurses are helping your fourth-grader learn to track her insulin levels at school, and they are putting pressure on a gunshot wound at 2 a.m. while noting that the victim has no pulse. They are monitoring both your heart rate and your spirit. When they touch your arm, in what would appear to be a simple gesture of friendliness, they are also testing if you’re hot, swollen, dehydrated, tremoring. “I can observe what is on your bedside table that you’re reading — if I can talk with you about that, I can strengthen our connection to build trust,” says Combe, who has been a nurse in the Houston area for 45 years. “I can see who’s in your room visiting, what the interaction looks like, and see whether that’s a trusted person or not, so I know what I can talk about during that visit.”

This is one of the best capsule descriptions of nursing that we have seen in almost two decades of doing this work. Ten stars for Laurie Combe! She identifies the problem with the angel narrative, and then she addresses it, with a short, compelling description of how nurses help people in ways few even realize are happening.

The piece moves on to note that the coronavirus has changed what nurses do, as they may be working in unfamiliar units under extreme conditions without adequate PPE, “facilitating virtual goodbyes with dying family members” and “organizing protests against hospitals and the White House.” Some are running Covid testing sites, and the article profiles Brenda Lagares, who had been a “night nurse” in New York City before being recruiting to be a “sampling nurse” at a drive-through testing site in Bear Mountain, NY. She tests motorists after having “been given 15 minutes of training to potentially save their lives.” These descriptions do not convey a very full picture of nursing education or expertise. Fortunately, Lagares gets to explain what she does for patients even in the fast-paced and limited drive-through setting. She describes how, even encumbered by PPE, she can read patients’ emotional state (by examining their eyes) and provide reassurance (with explanation, encouragement, a wave and a thumbs up). The article also talks to another nurse at a test site, in Orlando, FL. Sasha DeCesare went to nursing school in Venezuela. DeCesare believes it’s great to be a nurse in the U.S. because (in the report’s words) “it’s a female-dominated profession, filled with strong and smart women.” But now she has worked 22 days straight, and sleeps in a hotel to protect her family from infection.

The piece has some history. This starts with Nightingale’s work for soldiers in the 1850s Crimean War, which the article explains in some detail. It involved better hygiene, ventilation, nutrition, and fundraising. As the piece explains, “the death rate for admitted patients fell by more than half. [Nightingale] wasn’t only a caretaker. She was a revolutionary.” And she wrote Notes on Nursing, which “became a bible for modern care.” The piece quotes Barbra Mann Wall, director of the Eleanor Crowder Bjoring Center for Nursing Historical Inquiry at the University of Virginia, on the diversity of early nurses in the United States. (The piece might have noted that Mann Wall is herself a prominent UVA nursing professor with a PhD.) Apparently relying on Mann Wall, the piece describes the growth of nursing during and after the Civil War, as well as the development of nursing education

from a two-year apprenticeship based mostly on skills — wound care, bedsores prevention — to a four-year program equally based on science. … Eventually, nursing would encompass a range of specialties and career paths; a nurse anesthetist might make $175,000 a year, while a nursing assistant might make $14 an hour.

Not surprisingly, the piece pauses at the 1918 flu pandemic. Apparently relying again on Mann Wall, it notes that the best treatment available then was “rest, hydration, hygiene — the pillars on which Nightingale had built her practice.” And it quotes then-health commissioner of Philadelphia Wilmer Krusen on what was needed in that epidemic, given that beds and physicians were in sufficient supply: “Nurses, more nurses and yet more nurses.” That is a timely comment today, when much of the early media on Covid-19 focused on beds and ventilators, ignoring the nurses who would be needed to care for the patients using that equipment.

And the article has a substantial amount of material on the protests, i.e., the patient advocacy. The reporters explain:

People keep saying that nurses are on the front lines, but they are actually behind enemy lines, surrounded on all sides. They are trying to save us, and save us from ourselves. Nurses are protesting protesters, standing in their scrubs and masks to glare at “freedom-loving” citizens who spew insults as they rally for the economy to reopen. Nurses are taking to social media to convey the extremity of their situations: They talk about war zones, about titrating a dozen IV drips while troubleshooting fluky ventilators, all without reliable stockpiles of supplies.

The piece relies fairly heavily on Elizabeth Lalasz, a Chicago union steward for National Nurses United (NNU). Lalasz herself was out of the clinical setting for 18 days with Covid-19, which she says she got because of inadequate PPE; she calls the nurses “cannon fodder.” The report explains that Lalasz became a nurse in her 40s, after watching an oncology nurse caring for her dying father advocate successfully for him “against a phalanx of male superiors” to go home to die, 35 years ago. Presumably that means a group of physicians; of course, they were not “superiors,” but surely they had far more power, so that sounds like some impressive advocacy.

And Lalasz does some advocacy too, pointing to the dysfunctional U.S. health care system, which even before Covid-19 “left front-line workers feeling burned out, with high rates of attrition and suicide.” The reporters also talk to nurses at the California hospital that suspended 10 nurses for refusing to care for Covid-19 patients without an N95 mask. One of the suspended nurses, Jack Cline, explains why the surgical masks are inadequate, regardless of CDC guidelines saying otherwise. The piece also describes the recent White House protest by NNU members seeking more PPE for health workers—over 230,000 of whom have been infected with the virus, and 600 nurses have died from it. One protesting nurse was Charles Dalrymple, who spends hours caring for Covid-19 patients in negative-pressure rooms, in some cases helping them say goodbye to family through virtual means. He held a sign saying “20 SECONDS WON’T SCRUB THE BLOOD OFF YOUR HANDS,” with “HERO” in quotes. Why the quotes? Dalrymple said:

I feel that it’s being used to placate us — gaslighting this entire situation. A ‘we signed up for this’ kind of thing. But we didn’t. We didn’t sign up to go into a room without proper gear. . . . They can’t be throwing this word around just to make it seem like, ‘Oh, it’s okay that they’re dying. It’s because they’re heroes.’

Right. Nurses have always faced the virtuous-angel narrative, in which they get lip service but are expected to endure abuse and resource shortages without complaint. But now, the “hero” narrative seems to be functioning in a somewhat similar way for everyone on the Covid-19 front lines. If we call them heroes enough, and have the Blue Angels fly overhead to say thanks, then apparently it’s OK that we are still not giving them the PPE, tests, and other supplies they need.

On the whole, because of the detail about what nurses actually do, the material about the history of nursing, and the reporting on nursing advocacy—particularly the PPE protests—the piece is an unusually valuable one in the Covid-19 category. We thank those responsible.

See the article by Dan Zak and Monica Hesse “Nurses are trying to save us from the virus, and from ourselves,” posted on April 28, 2020 on the Washington Post website.

1 thought on “Saving us from ourselves”