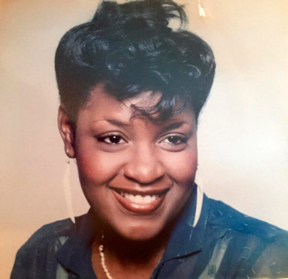 The New York Daily News reported that the City had agreed to pay almost $21 million to settle claims that it discriminated against the predominantly female nursing profession by refusing to consider it one of the physically taxing ones for which earlier retirement was offered. The piece also let nurses tell why that refusal was wrong, countering the angel stereotype that it is their role to suffer nobly in silence.

July 18, 2018 – Today the New York Daily News reported that the City of New York had agreed to pay almost $21 million to settle a lawsuit brought by the U.S. Department of Justice alleging that the City had unlawfully discriminated against nurses by refusing for many years to consider their profession a “physically taxing” one that would entitle them to earlier retirement—a benefit the City did extend to those in predominantly male jobs, like EMTs. Andrew Keshner’s New York Daily News article says that the case began with an Equal Employment Opportunity Commission (EEOC) complaint by former Bellevue nurse Anne Bové in 2008. That was followed by a referral to the U.S. Attorney’s office in Brooklyn and years of negotiation that also involved the New York State Nurses Association (NYSNA). The settlement, if approved by a federal judge, requires the City to pay a proposed class of more than 1,600 City nurses who might have retired years earlier, under rules in effect until 2012. But the piece is especially strong in showing how physically demanding nursing is. It has good quotes from longtime emergency nurse Curlean Duncan-Britton, now a head nurse at Kings County Hospital. She tells a story about a patient who once collapsed onto her and a colleague, vomiting in her face and injuring her colleague’s back. Duncan-Britton explains that direct care nurses must move heavy patients, haul equipment, and confront deadly diseases and dangerous procedures. She herself reportedly has chronic injuries to her back, knees, and shoulders. The piece also quotes Bové, now a nursing professor at St. Francis College, who rightly links fighting for nurses to keeping patients safe: “If you didn’t take care of the people who took care of the people, nobody’s getting taken care of.” This piece, like the long struggle it describes, counters the angel stereotype, part of which is the notion that nursing is not a modern profession but a holy vocation that requires nurses to endure awful conditions without complaint. We thank those responsible for this article.

The Daily News reports that nurses at the City’s public hospitals are “finally getting the credit they deserve for all their hard work.” It says the idea is that “being a nurse is tough and risky, so the same city pension rules should apply for the people who become nurses – mostly women – as the many men in other physically demanding, dangerous city jobs like EMTs or window washers.” The article explains that for decades, the rules in question allowed covered employees to retire and begin collecting their pensions at age 50 rather than 55 if they had put in 25 years of work, although the rules changed in 2012. Under the settlement, covered nurses could get up to $99,000 each from a pool of $20.6 million, with an additional total of $100,000 going to four “complainant nurses” and $100,000 to legal fees. It appears that Bové, who was the original 2008 EEOC complainant, had asked NYSNA to try to get nurses included on the “physically taxing” list as early as 2004. The EEOC referred the matter to the U.S. Attorney’s Office in Brooklyn (the Eastern District of New York) in 2010. The piece includes comment from U.S. Attorney Richard Donoghue, who emphasizes his office’s commitment to equal treatment for women, and Mayor Bill de Blasio’s spokesman Raul Contreras, who says that as soon as the Mayor took office he wanted to work toward a “fair and equitable resolution.”

But the highlight is the commentary from the two nurses. Duncan-Britton was for years an ED nurse at Kings County Hospital, where she is now “head nurse at the hospital’s ophthalmology practice.” She is happy with the settlement because it means “they are finally listening to us” after the years she spent putting herself “on the line,” resulting in the injuries noted above.

A young woman stumbled through the ER doors, so Duncan-Britton and another nurse rushed to the woman before she could fall on the floor. The woman collapsed in their arms, vomiting in Duncan-Britton’s face and hurting her colleague’s back. Duncan-Britton said she needed preventive care medicine and the other nurse needed disability compensation.

Duncan-Britton explains that nurses fit the “physically taxing” criteria because they move patients, haul equipment, and are exposed to diseases and hazardous procedures. She says a 2004 study found that “nurses lift 1.8 tons during an eight-hour shift.” And the 53-year-old nurse says that “half of the people who started the profession with her are now out because of the strain.”

For her part, Anne Bové stresses that the settlement is “one small part of the picture in terms of acknowledging the equality of women.” The piece describes her as a “retired nurse” who worked for 40 years at Bellevue, but it also says she is a “state nurses association board member who now teaches at St. Francis College.” Of course, at that college, Professor Bové teaches nursing (she is a nurse practitioner with an MSN), so she is not a “retired nurse.” That label appears to reflect the unfortunate, but common, misunderstanding that nursing is just something that happens with physical care at the bedside, rather than a diverse modern profession that involves thinking and practice in other settings. In any case, the reporter does understand that for Bové, “fighting for patients and co-workers were wrapped together,” as he quotes her as saying: “If you didn’t take care of the people who took care of the people, nobody’s getting taking care of.”

Perhaps the best parts of this article are the descriptions of how physically demanding nursing is and the accounts of nurses pushing back against gender-based assumptions. The piece offers striking examples of what direct care nurses have to confront at the bedside, from lifting heavy things to being hit with vomit, as well as the long term physical damage they often suffer as a result. At the same time, the fact that these nurses fought for at least a decade to be treated fairly counters the angel stereotype that nurses are virtuous beings who should suffer hardship in silence. Nurses can and should fight for themselves because, as Bové rightly suggests, that is necessary for them to care effectively for patients—care that requires adequate nurse staffing, for which NYSNA itself has been a persistent advocate.

See the settlement to which the City of New York agreed.

2 thoughts on “Physical taxation without representation”