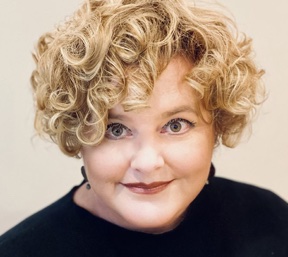 NINR will finally have a nurse as director starting in fall 2020!

In July 2020 the National Institutes of Health announced that Shannon Zenk, RN, PhD, would assume the role of director of the National Institute of Nursing Research in fall 2020. Since August 2019, NINR has been without a nurse director, with that role being filled on an interim basis by a dentist and then a biologist. Last year the Truth About Nursing, joined by many nurses, urged NIH to appoint a nurse as interim director. In any case, we congratulate Dr. Zenk on her appointment.

July 1, 2020 – Today the National Institutes of Health (NIH) announced the appointment of Shannon Zenk, RN, PhD, a professor at the University of Illinois at Chicago, as the new director of the National Institute of Nursing Research (NINR). Dr. Zenk will start her tenure at NINR in early fall 2020. Her appointment is the culmination of a long search, in the wake of the resignation of Ann Cashion, RN, PhD in August 2019. At that time, NIH director Francis Collins first appointed Lawrence Tabak, DDS, a dentist, as interim director of NINR. In addition, even the job posting for the permanent position did not require candidates to be a nurse. The Truth started a campaign to ask the agency to choose a nurse as interim director, more than 4,500 nurses and supporters joined in, and we had extensive discussions with Dr. Collins. We explained in great detail why non-nurses are not qualified to play such a leadership role in nursing research — would a nurse have been appointed to oversee dental research funding? — as well as the harm such an appointment causes to the public’s sense of nursing autonomy. Unfortunately, no nurse was appointed, although when biologist Tara Schwetz assumed the role of acting director in January 2020, NINR nurse Jessica Gill, RN, PhD was appointed acting deputy director. In any case, we commend NIH for finally putting a nurse in charge of nursing research, even though NINR will have gone well over a year without one as director. Please join us in congratulating Dr. Zenk (contact info), a public health nurse who has played a leadership role in research on the damaging health effects of social inequities, including inadequate access to healthful foods in disadvantaged communities. That kind of focus could be a critical asset to an NINR director during the time of Covid-19, which of course has had a disproportionate impact on such communities.

See the posting from the NIH’s website “NIH taps Dr. Shannon Zenk as director of the National Institute of Nursing Research” from July 1, 2020.