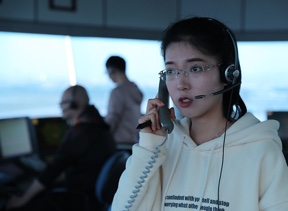 Tonic on the effects of chronic understaffing

In late 2017 Jason Silverstein posted a strong report showing that the widespread understaffing of U.S. nurses costs lives and burns out nurses. Commendably, the piece relied solely on nursing scholars and nursing research to make its points. It might have also explained how nurses save lives and addressed potential solutions to the problem.

November 28, 2017 – Today the Vice website Tonic ran a powerful piece by Jason Silverstein about the causes and effects of excessive patient loads for nurses. “We’re Working Nurses to Death” explains that the current push to get patients out of hospitals “sicker and quicker,” due in part to reimbursement pressures, results in higher patient mortality and burned out nurses. Silverstein relies on several nursing scholars for expert commentary, and he briefly discusses research by Linda Aiken and others showing that poor nurse staffing ratios cost lives. The piece might have done more to explain how nurses save lives – an odd gap since the basic point is made so strongly. And the report might have discussed what can be done to address the problem, such as mandating minimum nurse staffing ratios and, more generally, allocating resources that reflect the profession’s true value. Still, this is another wake-up call to decision-makers that overloading nurses is dangerous and short-sighted. We thank those responsible.

The report dives right in, noting that “neither hospitals nor patients could live without” nursing, but the “physical and emotional cost” keeps increasing because of sicker patients and less support. Silverstein points out that nursing could be the best job in the United States, citing statistics about strong demand for nurses in coming decades as the nation ages with many chronic health conditions (especially dementia), as well as relatively high pay, averaging more than $85,000 annually in five states. But, he says, more than a third of nurses in one study reported feeling burned out. He quotes Jeanne Geiger-Brown, identified as “dean at Stevenson University’s School of Nursing and Health Professions,” who describes burnout as “an occupational hazard” in nursing. She notes that it’s “hard to generate a lot of caring about other people, because you are so depleted yourself.” The piece links the overwork that causes burnout directly to cost-cutting, quoting Susan Letvak, “a professor at the University of North Carolina at Greensboro School of Nursing”: “What’s causing the overwork is the increased acuity of patients. You are only in a hospital if you are so acutely sick that you can barely move. The minute you can move, you are kicked out the door.” Bernadette Melnyk, identified as “dean of the College of Nursing at the Ohio State University and the university’s Chief Wellness Officer,” confirms that. She and colleagues published a paper associating depression among nurses with burnout and errors. The piece explains that getting patients out “sicker and quicker” is in part a result of Medicare’s reimbursement system, which pays a fixed amount for each diagnosis regardless of the length of stay. That creates incentives to get rid of people, even though there are also incentives to discourage readmissions. For nurses, this means harder shifts, which are often 12 hours long, a length that research has associated with burnout and errors. And even if “turfing” patients does clear beds, that doesn’t make for easier shifts, as Letvak explains:

Minimum is maximum staffing. We don’t have any easy days anymore. If the [patient load] is low, which happens all the time, they send the nurses home, instead of them having a light afternoon. How few do we need? That’s all that you’re getting. Every time you are at work, it is a bad day. There really isn’t a chance of having a lighter day anymore.

Silverstein then makes a point that we have rarely seen: Shouldn’t nurses have “the lightest days possible,” since “like air traffic controllers, they do a job in which we accept no room for mistakes”? He imagines being the extra patient beyond the ideal number a nurse would care for, as if that would actually be dangerous! Silverstein cites the research of the University of Pennsylvania’s Linda Aiken and colleagues, which has shown that giving a nurse five patients rather than four increases patient mortality by seven percent and nursing burnout by 23 percent (that ground-breaking 2002 study looked at surgical patients, the piece might have noted). The article adds that Aiken’s team also showed that increasing the proportion of nurses with bachelor’s degrees cuts the mortality rate by five percent. Another study found that a ten percent increase in RN staffing “save five lives for every 1,000 people discharged.” Silverstein: “If five saved lives doesn’t sound like a lot, try replacing ‘five’ with five names of your loved ones.” Still, he notes, nurses often do not seek mental health care for themselves, “fearing that a hospital concerned first-and-foremost with the bottom line will use a mental health diagnosis against them.” Letvak suggests that in light of research linking depression and errors, an error made by a depressed nurse might expose the nurse to liability. It seems to us that another factor may be that nurses are socialized to endure and not complain, to be “strong” for everyone around them regardless of their own pain, which is part of the traditional “angel” conception of the profession.

This piece packs a lot of helpful material into a small space. Silverstein makes the key points that nurses face rampant understaffing due to cost cutting, and that this poses two big problems: danger to patients and threats to the integrity of nursing practice. His report could hardly be stronger on the general idea that a lack of nursing costs lives, with citations to research and extraordinary statements like the one that compares nurses to air traffic controllers, who hold many lives in their hands. Yet Silverstein does not explain, even with a quick example, just what it is that nurses do to merit this kind of comparison—how is their work like that of air traffic controllers? Do they save lives by detecting subtle changes in patient conditions; by catching the errors of others; with exciting treatments like defibrillation; through strong advocacy and counseling efforts? Maybe Silverstein knows all this and assumes his readers do too, but that would not be a well-founded assumption. Another great element of the piece is its exclusive reliance on nursing scholars for expert comment, and its generally good practice in identifying them as such. It might have made clearer that Aiken is a nursing scholar, but hopefully readers will understand that after seeing all the other nurse researchers mentioned earlier in the report. Lastly, the piece might have described some potential solutions to understaffing, such as mandatory minimum nurse staffing ratios, which have now been implemented in some jurisdictions.

Overall, though, this piece is a powerful warning about the dangers of nurse understaffing. We thank Jason Silverstein and Tonic.

See the article “We’re Working Nurses to Death” by Jason Silverstein, posted on November 28, 2017 on the Tonic/Vice site.