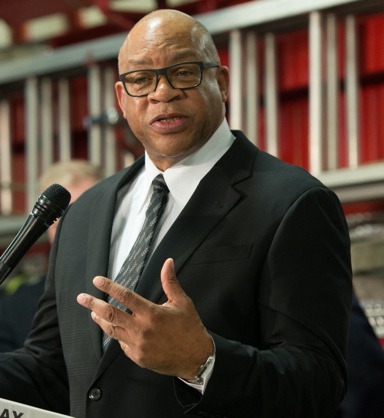 A September 2018 piece in the Post says a new program in which nurses triage 911 calls has helped some patients get better access to care, although it has not yet greatly reduced needless ambulance trips. Sadly, despite plenty of commentary from D.C. emergency services personnel, the piece fails to quote or even name a single nurse.

September 23, 2018 – Today The Washington Post published a piece by Clarence Williams about a new program in which nurses triage calls to D.C.’s 911 call center in an effort to reduce needless ambulance runs. The nurses have reportedly had some impact, particularly in coordinating alternative transport to clinics for patients not determined to need the emergency department (ED). And 911 callers give the nurses great reviews. However, the report says, the program has not yet greatly reduced the number of ambulance trips for patients who don’t need them. The piece has many quotes from the D.C. fire and EMS medical director (a physician), as well as quotes by the D.C. fire chief, the D.C. firefighter’s union president, and even a satisfied 911 caller who was directed to a clinic by one of the nurses. But the article does not quote or even name a single nurse:  no nurse in the 911 program, no ED nurse, no D.C. government nurse, no public health nurse, no nursing scholar or leader. The reporter may have felt that he only needed the medical director, whose comments about his “feedback” to the nurses indicate that he has a supervisory role. That physician says that early on, the nurses were “over-triaging,” suggesting they did not know ambulances were unnecessary for simple problems like muscle strains. But nurses are autonomous professionals and triage experts. The failure to consult them means the piece has a big hole in the middle, lacking information about how the nurses do this work, the challenges it presents, and why they are not yet weeding out as many patients as those who set up the program would like. The article does give readers some reasons to value nurses. But the failure to consult them undermines its reporting and conveys great disrespect for the profession, as if nurses had nothing useful to say about their own work—as if they were so much medical equipment. The recent Woodhull Study Revisited showed that nurses are rarely consulted in health articles. This piece shows they may be absent even from news reports about nursing itself.

The article’s main point is that D.C. officials see promise in the new “Right Care, Right Now” program, involving registered nurses diagnosing the conditions of some callers to the 911 call center, but in its first 90 days the program did not greatly reduce ambulance trips for non-life threatening conditions. Officials estimate those comprise 70% of D.C.’s 911 health care runs.

Several D.C government officials are quoted. An internal letter from D.C. Fire Chief Gregory Dean includes data about the first 90 days of the program, noting that the program has given quick ride-sharing transport for non-critical patients to clinics and gotten “uniformly positive” reviews from callers. But officials say the program has not yet done much to reduce the hundreds of daily calls the 911 service gets that “tie up EMTs, paramedics and ambulances with issues such as insect bites and toothaches.” Dean’s letter says nearly half of the calls routed to the nurses in the initial period still resulted in a D.C fire unit being sent out. The report says that the program has been in place from 7 a.m. to 11 p.m.—so it has not even been operating one third of the time, as no one specifically points out—at a total cost of $1 million. The piece explains that if nurses do not bounce back patients for a response by EMS or an ambulance, they can make an appointment for the patient to occur within two hours with “a primary-care doctor or clinic” close to the caller, and even send a Lyft driver for Medicaid patients. Of about 1,100 calls in the data set, 130 were sent to clinics, 289 were “canceled,” and 131 received “self-care.” That care “includes nurses advising a caller to take prescribed medications to stabilize blood pressure or blood sugar levels or to buy over-the-counter ointments for other problems.”

D.C. Fire and EMS medical director Robert Holman—a physician, although the piece does not say so directly—is quoted on the effort to change the tendency among members of the public to simply call 911 even for health problems a clinic could manage better. He says that, in the piece’s words, “as nurses grow more comfortable making decisions, the program could help redirect callers to less urgent but still appropriate medical options.” Holman says at first, nurses “were over-triaging back to 911 and they were doing so with an abundance of caution,” but “I give feedback on every one of these calls.” That included “instructions not to send ambulances for strains and pulled muscles in the lower back or migraines and headaches that did not indicate any other serious disorder like a spike in blood pressure.” After the nurses got this feedback, Holman says, the calls resulting in emergency crew dispatches dropped from 33 per week to 15.

D.C. firefighter’s union president Dabney Hudson is also quoted. He laments that because D.C. continues to develop rapidly, the service has “gained more calls through growth than they’ve gotten rid of with this.” Hudson applauds the effort to reduce needless trips, but he sounds dubious, suggesting that similar programs in other cities failed to justify the investment.

The 911 nurses called each patient to follow up, at least in the 90-day initial period, and all 55 patients they reached had positive feedback. One complaint was received later, but Holman determined that this nurse had “rightly refused a transport in August for a man with a sore throat.” The piece also describes the satisfied patient Destiny Banks, whose therapist had called 911 when the pregnant Banks became lightheaded. Instead of the expected ambulance, a Lyft driver quickly arrived to take Banks to a clinic. “She was diagnosed as being dehydrated and sent home with instructions to drink more water.”

This piece has some helpful features. It’s clear that the nurses have had some impact and that they have some knowledge, particularly in advising callers about how to address their health issues. And the high rate of positive feedback would seem to be a tribute to the nurses’ skills, including interpersonal skills. The experience of Destiny Banks is a good success story.

Unfortunately, the failure to consult even one nurse shows obvious disrespect and undermines the reporting. We get no clear sense of the nurses’ actual experience in making these decisions over the phone. First, have they really been overcautious, or is it that the others setting up this program don’t really understand the range of potential issues that the triaging nurses do? If the nurses have been too cautious, why might that be? Is triaging over the phone much harder than the in-person triage they may be used to in emergency department settings, since it’s harder to assess the patient’s body and demeanor? The input from Holman is not of much help. He faults the nurses for “over-triaging,” with no suggestion of why that might be beyond an “abundance of caution.” And he manages to leave the impression that nurses are so low-skilled they don’t know that simple conditions don’t require an ambulance. Evidently they need physicians to educate them about triage! Of course, seemingly simple conditions can be more serious than they appear. Maybe a safe 911 system can’t weed out a lot of non-life threatening calls without missing some calls that really are life-threatening. Who might be able to speak to that? The nurses who do this kind of work.

Finally, we can’t help but notice an apparent mansplaining problem. Here we seem to have a male journalist and a group of male professionals providing virtually all the information about the work of nurses, who remain predominantly female. That reinforces the sense that nurses are just protocol-following female assistants who need to be managed and evaluated by the real professionals doing traditionally male jobs. The Woodhull Study Revisited study examining nurses in the media found that among other problems, there is a significant bias against women in the media. That bias is apparent in this article.

See the article by Clarence Williams, “Nurses in D.C.’s 911 center are helping cut some unnecessary ambulance runs, but not most,” which appeared in The Washington Post on September 23, 2018.