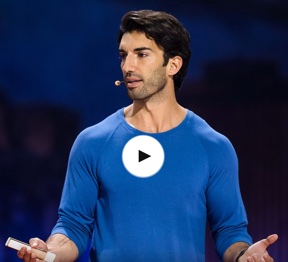 A strong 2018 item in The Economist discussed the stereotypes that still deter men from nursing, even at a time of critical global shortage. And an NPR report from a few months later offered valuable social science insights that the problem has roots in pervasive male anxiety about manhood. But then the piece seemed to recommend a “real men” approach to nursing recruitment that would reinforce the same regressive gender stereotypes.

October 2, 2018 – Recent news stories have addressed the ongoing difficulty of attracting men to the nursing profession. A short but excellent August 22 item in The Economist, “Why so few nurses are men,” points to the global nursing shortage and proposes an “obvious” solution:  recruit more men. Written by “S.C.” for the magazine’s “The Economist explains” series, the piece gives a brief history of men’s exclusion from the profession, starting with the erroneous views of Florence Nightingale on the subject. The article outlines major reasons men still comprise less than 10% of the nursing population (in the US). Stereotypical attitudes are reinforced by gendered terms like “sister” and “matron” as well as media like popular films, which tend to present nurses inaccurately as mere helpers to heroic physicians. The item might have made clear that such views are not just “outdated,” but have always been wrong. The piece notes that recruitment campaigns highlight nursing’s variety and opportunities, but some risk gender stereotyping of their own. The item observes that men who do choose nursing tend to already have a personal connection to the profession. And today in the U.S., National Public Radio’s Morning Edition included Shankar Vedantam’s “Why More Men Don’t Get into the Field of Nursing.” That piece gets at some roots of the male aversion to nursing, first mentioning stereotypes in pop culture products. Vedantam consults psychologist Jennifer Bosson, who says that a key issue for men is a chronic fear of losing their sense of manhood, of being a “real man,” a status that is prized but very fragile in traditional male culture. Bosson argues that nursing might be marketed with what Vedantam calls a “new set of stereotypes” focusing on the dangerous, grueling nature of the work. Nurse Robert Vaughn reportedly pursued nursing only after he saw hospital nurses helping security personnel restrain two fighting patients. Vedantam concludes that rather than “explain[ing] why stereotypes are wrong,” it may be more effective to re-write them, to tell different stories about the profession. But trying to sell nursing as a “manly blood and guts” job risks buying into the same regressive ideas about gender that are causing the problem, as the Economist piece suggested. A more balanced approach would counter nursing stereotypes without reinforcing gender stereotypes.

A new set of stereotypes

The Economist item “Why so few nurses are men” carries the explanatory subhead “Common beliefs about what nurses do are often outdated.” It says the nursing shortage is acute in wealthy nations, where the populations are aging, and nurses leave poorer nations to fill those gaps. One issue is that only 5-10% of registered nurses are men, depending on the nation. The piece explains that the image of nursing as a “woman’s job” is longstanding, noting that Nightingale herself saw male hands as unfit for care, that nursing organizations did not admit men until the latter half of the 20th Century, and that terms like “sister” are unhelpful. Men are rarely encouraged to consider nursing, the item notes. Only two-fifths of British parents would be proud if their son became a nurse. Some older people don’t realize men can be nurses, and male nurses are often mistaken for physicians. The piece notes that society’s “outdated” views about nursing “may be particularly off-putting for men.” Films show nurses as “helpers of heroic male doctors,” but in fact “nurses do most of their work independently and are the first responders to patients in crisis.” The item notes that men who do becomes nurses tend to already be familiar with the work, perhaps because their mothers are nurses or they see the care of a male nurse. Recruitment efforts have presented nursing as “a professional job with career progression, specialisms like anaesthetics, cardiology or emergency care, and use for skills related to technology, innovation and leadership.” But some play into gender stereotypes, such as the U.S. campaign asking, “Are you man enough to be a nurse?” The piece concludes that although many workplace stereotypes have faded, “nursing has, so far, remained impervious.”

This a remarkably strong general summary for such a limited space. It makes key points about why the lack of men in nursing is a problem, why the problem exists, and what can be done, even noting the easy over-reaction of presenting nursing as a macho endeavor. It gives a good one-sentence statement of what nursing offers. And it’s especially helpful to see a high-profile news media item emphasize that nurses are the “first responders” for patients in crisis and that they do “most of their work independently.” That formulation does not quite convey nurses’ professional autonomy and ability to question physician care plans, but as a quick description it seems fair. We note that the point about public views of nursing being “outdated” is correct, but it’s also true that the profession has been plagued with misunderstandings for a very long time. We often see statements, even from nurses, to the effect that nurses today are not just pillow-fluffers, as if that’s all they used to be. But in fact nursing has been a life-saving scientific field with a unique scope of practice for many decades, characteristics that can traced back to Nightingale.

A new set of stereotypes

The NPR piece “Why More Men Don’t Get into the Field of Nursing” appears under the heading “Research News,” and it is a fairly typical example of Shankar Vedantam’s social science items on Morning Edition. Host Rachel Martin introduces the segment with a few notes similar to those in the Economist item, including that nursing is a fast-growing field but one plagued by stereotypes, and “nearly 90%” of nurses today are women (in the US the figure is about 87%). Vedantam frames his piece with the story of Robert Vaughn, a nurse who is reportedly often mistaken for a physician. When patients learn he is a nurse, some apparently get uncomfortable. So, Vaughn says, he offers to talk to the charge nurse, to accommodate requests for “female staff only.” That approach isn’t likely to change many minds. But Vaughn apparently does object to the “male nurse” stereotypes to some extent, as we hear a clip of him saying it’s “somewhat hypocritical” for patients to have an issue with him but not male physicians who also provide intimate care. Vedantam says that the “male nurse has long been an easy punchline,” playing clips from the film Meet the Parents, in which the main character’s father-in-law questions his choice of nursing, and one from the show Friends, in which a major male character derides a man for being a nurse, rather than a physician, suggesting that it’s “kind of girly.” Vedantam consults University of South Florida psychologist Bosson, who has studied why men resist activities traditionally associated with women. Her research indicates that men are far more sensitive about violating gender roles, even things as small as wearing a pink shirt or getting a drink with “a little cocktail umbrella in it.” Vedantam reports that although Bosson thought this might be explained by misogyny or homophobia, she ended up attributing it to social pressure to be a “real man,” concluding that “the male gender role itself is kind of conceptualized as a more precarious status. So manhood is something that’s hard to earn and easy to lose relative to womanhood.” Bosson posits that the reason is that men’s social status is more hierarchical and so they have “chronic anxiety” about it. According to Vedantam, Bosson argues that the way to get more men into nursing is to “come up with a new set of stereotypes.” Bosson says:

You could spin nursing as a very masculine occupation. It’s dangerous. It’s physically grueling. Our stereotype of the nurse – you know, you could modify that stereotype and turn nursing into a profession that does seem masculine or male appropriate.

Vedantam then relates how Vaughn became a nurse. After Vaughn left the Navy, his father-in-law (a respiratory therapist) suggested he consider nursing—apparently in stark contrast to the Meet the Parents father-in-law scenario. However, Vaughn did not really pursue the profession until, while working as a hospital security guard, he helped manage a couple fighting patients: “And there was blood all over the place. And the nurses and us and the sheriffs were holding them down and sedating and restraining and – I was like, man, this is pretty cool (laughter). The action that the nurses were seeing was pretty exciting for me.” This undid his previous stereotypes of the profession. Vedantam concludes that although “we often imagine that the right approach is to explain why stereotypes are wrong,” the experiences of Vaughn and Bosson suggest what is “perhaps a more effective” solution:  Rewriting the stories we tell about the profession.

We agree that accounts of nursing should show the diversity of the profession, telling stories like this to show all the exciting things nurses do—including thinking. This NPR report itself is helpful to the extent it tells listeners stories they might not expect about an ex-military man in nursing and the potential excitement of emergency department (ED) nursing. (We note, by the way, that managing violent patients is something real ED nurses do a lot, but something we rarely see on television, where it tends to be the physician characters.) The NPR piece also gives listeners valuable insights into why many men have remained so resistant to nursing. But at times the piece seems to be advocating that we simply substitute one set of stereotypes for another, which is not helpful, as thoughtful pieces have made clear. Promoting nursing as appropriate for “real men” because it involves violence and danger reinforces the same regressive gender roles that have caused this and other social problems, including the misogyny and homophobia the piece itself mentions. The NPR piece just waves at those problems, presumably because it views them only as other symptoms of the male dysfunction that Bosson has identified. But that doesn’t absolve nursing advocates of the responsibility to avoid adding to the problems. It seems to us that nursing could be spun as a job for real humans, highlighting aspects of the profession that should attract people of any gender, as the Economist item did. (Consider the TED talk “Why I’m done trying to be man enough” by actor Justin Baldoni (Jane the Virgin), which illuminates many relevant issues about masculinity). And, as one scholar pointed out in a previous article, the “real man” approach also risks attracting people to nursing for the wrong reasons. Some nurses do love the action of the emergency department, but that’s not the point of it and not enough to make you a good nurse. In light of these issues, the overall effect of the NPR piece is mixed.

Also see “Why More Men Don’t Get into the Field of Nursing,” published on the NPR site on October 2, 2018.