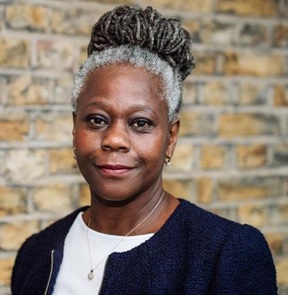 RCN leader advocates for nurses in BBC segment on pandemic

In March 2021 Dame Donna Kinnair, leader of the UK’s Royal College of Nursing, appeared on the BBC radio show Newshour to discuss nursing during the Covid-19 era. Dame Kinnair made good points about the value of UK nurses’ work, the poor public understanding of their roles, and the inadequate pay they receive.

March 23, 2021 – Today Dame Donna Kinnair, General Secretary of the Royal College of Nursing, discussed Covid-19 on the BBC World Service show Newshour. Dame Kinnair was soft-spoken but persuasive, as she has been in many recent BBC appearances, in her role as what show host Razia Iqbal described as the UK’s “most senior nursing official.” Here Dame Kinnair made good points about the key role nurses have played during the pandemic and the severe effects on them. She also expressed the view that the public has seen nurses in a whole new light because of their leadership in resisting the pandemic. That is not an uncommon view among nursing leaders, although we are less sure that all of the “hero” tributes in the Covid era reflect much understanding of nurses’ skills or what they actually do for patients beyond comfort and custodial care. We saw a similar dynamic during the 2014-2015 Ebola crisis, when some in nursing were prematurely convinced that the profession’s image had made huge strides. However, Dame Kinnair did emphasize to the BBC that understanding of the profession’s value has traditionally been very limited, primarily because of gender issues. And she offered a telling anecdote, noting that a Member of the U.K. Parliament had once told her that “you don’t need to be skilled, you can just pick anybody up off the street and turn them into nurses.” On the contrary, Kinnair explained, nurses don’t just make hospital stays “pleasant” but also have the skills to save your life, for example by making sure your airway is clear while you are sedated and that your body “remains in homeostasis.” Iqbal noted that the UK government had recently proposed only a 1% pay rise for nurses. Dame Kinnair confirmed that this was widely seen as inadequate, not even keeping pace with inflation, and that many nurses were thinking of leaving of the profession, since they’ve “done their bit” and are exhausted by Covid. She pointed out that for many, nursing is “not an attractive career when you can earn just as much working in a supermarket.” She urged the UK Prime Minister to act in accord with his words recognizing the vital role nurses play. We thank Dame Kinnair and the BBC for these valuable messages.