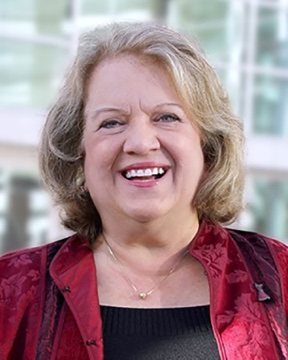 A September 2018 piece in U.S. News & World Report does a generally good job of addressing the problem of poor communication between the professions, exploring some key causes and promising solutions. It relies on two experienced nurses who make many excellent points, although some comments from one of them manage to both understate nursing autonomy and overstate nurses’ responsibility for conflicts.

September 5, 2018 – Today U.S. News & World Report published a generally good article by Elaine K. Howley headlined “How Communications Issues Between Doctors and Nurses Can Affect Your Health.” Relying mainly on two knowledgeable nurses, the piece discusses barriers to good communication between the two groups. It stresses that these issues can contribute to poor care, and it offers some ideas for improving the situation. Jo-Ann Eastwood, a Professor Emerita at the UCLA School of Nursing, makes good points about the roots of these problems in gender and other factors, as well as the most common times poor communication can happen. Eastwood also discusses promising corrective measures in the educational setting, such as interdisciplinary classes. Theresa Brown, a hospice nurse who writes often on patient care issues, also offers good insights about how communication problems occur and how they can be addressed, especially in the clinical setting. Some of Brown’s reported comments do overstate formal physician authority over hospital nurses, yet also understate how much physicians in particular need to change if the problems at issue are to be resolved. The “both sides are to blame” impression this creates fails to convey the abuse of power that has come primarily from the physician side. The piece might have consulted physicians for their perspectives on these issues, although maybe the author felt that she was getting the physician perspective from Brown. The article might also have offered more detail about Eastwood’s nursing credentials; she is an RN, PhD, a Clinical Nurse Specialist, and a prominent oncology expert. On the whole, though, the piece is a helpful look at a major problem in a prominent mainstream publication, and we thank all of those responsible.

Howley’s piece begins by illustrating what is at stake in the clinical setting where nurses and physicians work. She notes that a 2016 study in the British Medical Journal (BMJ) found that “medical errors” (meaning health care errors) cause more than 250,000 deaths in the United States each year, making them the third leading cause of death. Communication is critical because modern care is “increasingly delivered with the help of multidisciplinary teams.” And that means ongoing communication issues between nurses and physicians matter.

Howley starts with Brown, who says there are many ways problems can occur, some related to patient loads, but “individual personalities” may also play a role. Howley says that in addition, presumably still relying on Brown, there’s “a hierarchical structure to patient care, with doctors typically calling the shots and shouldering responsibility while nurses deliver much of the actual care.” Brown is then quoted directly as saying physicians have traditionally be trained “as they’re the person who speaks. They have all the responsibility. The buck stops with them, but it also means they don’t really need to listen to the nurses” in every case. Brown says this is starting to change, with growing awareness of the problems with the power imbalance, but mostly nurses still “aren’t acculturated to speak up.” Howley notes that a 2018 BMJ study found that this “hierarchical set-up is blamed for many of the communications problems and subsequent errors.”

The article then quotes Eastwood, “associate professor in the advance[d] practice program at the UCLA School of Nursing,” as saying that a common time errors occur is during hand-offs between providers, when key information may be missed or misunderstood. Brown says other communication issues can involve “a bullying doctor or a difficult nurse.” Apparently relying on Brown, the piece says that “although physicians often shoulder much of the blame for communications issues or bad behavior, it’s a two-way street.” Brown: “I don’t want to let nurses off the hook. Sometimes you see nurses who bully doctors in training, the residents or interns, because they’ve had doctors beat up on them. It’s this whole cycle that’s never going to stop.” Eastwood has some good insights about how communications problems arise, citing the increasing cultural diversity of U.S. nursing, which can mean different approaches to authority figures, as well as the gender gap, noting that nurses have traditionally been female and physicians were generally male.

As for solutions, Eastwood emphasizes interprofessional training while nurses and physicians are still in school, pointing to classes they take together at UCLA. She explains that traditionally, medical schools “taught students in silos,” but UCLA apparently teaches medical and nursing students about their respective roles together, so “they’ll know what each others’ roles are and they’ll realize the roles and skills and competencies in each discipline. And if they’re more aware of them, they’ll communicate better.” That is critical, Eastwood says, because hospital patients today have “complex comorbidities and we need to tap into the skills and competencies and expertise and experience of each member of the care team, and each one has to feel valued and open to communications with others to have better outcomes.” That, the report says, “fosters trust, builds employee morale, results in fewer errors and improves patient outcomes.”

Brown also addresses this topic, suggesting that in most programs today “nurses learn very little about working with doctors and doctors learn very little about working with nurses.” Training, she says, should “actively show each group the role of the other and how you talk to each other.” In the clinical setting, Brown recommends that hospital managers intervene so “nurses feel like they can be heard and issues will be addressed when attending physicians are difficult,” and “if there’s a nurse who’s bullying residents, I would love for the residents to be able to go to the nurse manager and then that [offending] nurse would be retrained or transferred. Nobody should ever be treated that way at work, and certainly not when there are lives on the line.”

“Ideally the role of the nurse is to be the patient advocate,” Brown says. In that role, the nurse may become aware of health problems in patients before they show up on lab tests. “We know the patients the best and what’s going on with them. We see minute-to-minute what they might need. So a good nurse, if he has time, will be able to answer a patient’s questions and also facilitate communication between the physician and the patient.”

Those are great points. Brown notes that despite nurses’ central role, and the “very complicated project” of making sick people well, at most hospitals nurses are still not included in physician rounds: “And so the fact that that doesn’t happen is, well, scary, but also weird.”

The piece closes with suggestions for patients. Eastwood recommends having a patient advocate, typically a friend or family member, to speak for you, get clarifications, and offer support. In addition, the Agency for Healthcare Research and Quality offers a list of measures to prevent errors, some of which are about better patient-provider communication on subjects like allergies and treatment plans. And Brown advises that patients can, if necessary, change providers.

Usually physicians who are rude to nurses are rude to patients, too. … Patients have the right to request a different doctor. … And similarly, if patients are having an issue with the nurse, I would encourage them to talk to the nurse manager. I think patients get scared about speaking up, and I totally understand that. But this is your health and your life and your peace of mind.

There is a lot of great information here. Both of Howley’s sources offer good insights about the roots of communication problems and some promising solutions. Eastwood is especially good in discussing the merits of interprofessional training, presumably with a focus on advanced practice nursing, while Brown has recent clinical experience as a direct care nurse and provides some good information about nursing roles and how nurses and physicians interact. However, Brown discusses the undisputed power imbalance between nurses and physicians in ways that wrongly suggest nurses report to physicians in a formal sense. In fact, nurses report to other nurses in their own “hierarchy,” and physicians do not call all the shots or have “all the responsibility.”

Nursing is an autonomous profession with a unique scope of practice, set of ethics, and legal duties. In addition, while Brown includes helpful information about physician abuse of nurses, she also says a number of things that will suggest the two professions are more or less equally responsible for abuse and communications issues. Of course it’s good to seek balance and fairness, and some nurses do engage in abuse, especially toward other nurses. But this is a situation where a “both sides” approach has the effect of distorting the picture and doing a disservice to the less responsible party, i.e., the nurses. Physicians as a class have long held undue power, and undue power corrupts, leading to systemic abuse and intimidation that still threatens lives, even though we believe things have improved substantially in many care settings. Some of Brown’s language choices are also problematic. Excluding nurses from rounds is “scary” and “weird”? How about dysfunctional, discriminatory, and dangerous? Still, overall the report is a good overview of nurse-physician communication issues.

See the article by Elaine K. Howley “How Communications Issues Between Doctors and Nurses Can Affect Your Health: Miscommunication can lead to mistakes and possibly danger,” published on September 5, 2018 on the US News and World Report site.