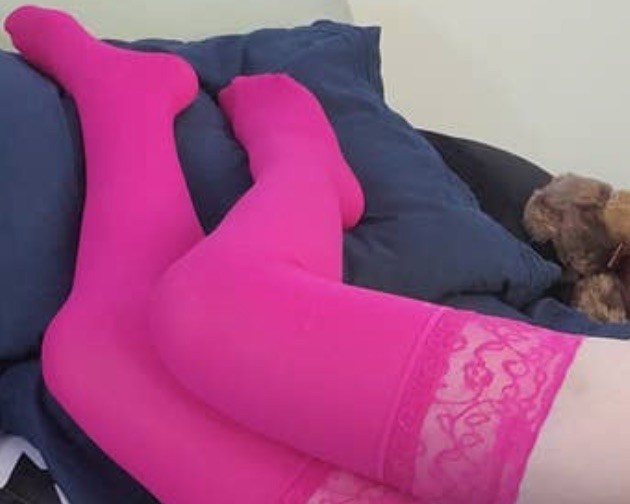 An October 2020 Buzzfeed piece reported that some nursing students had turned to sex work on the OnlyFans website to survive during the Covid-19 era. But the report failed to clearly explain its nursing focus, or whether there is any reason to think those in nursing are disproportionately taking this path. And the piece may reinforce the naughty nurse stereotype, especially in light of some of its imagery and comments.

October 30, 2020 – Today Buzzfeed News reported that some nursing students had been doing online sex work on OnlyFans, the UK-based content subscription service that the piece notes is “known for homemade pornography.” Otillia Steadman’s article, which has been reposted around the world, is “‘We’re in Hard Times Right Now.’ Meet the Nursing Students Turning to OnlyFans to Get By.” Of the four women profiled, it appears that three are nursing students, and one is actually a nurse. Common themes in the piece include that the women have lost jobs because of Covid disruptions and that others are judging or harassing them for the OnlyFans work. In fact, most of those profiled seem concerned about anonymity, because of a fear that the sex work could imperil their nursing careers.

Yet three of them appear in photos in which they are very recognizable. Two photos show those profiled in lingerie, although not “naughty nurse” attire. Not to worry: Buzzfeed’s lead graphic features a bare female breast right next to a part of a scrub top, neatly juxtaposing nursing and sex work. As for the actual nurse, she recently lost a home-care job and was struggling with her midwifery program, as well as anxiety and depression, so it was time for “a break.” Unlike the students, she is open about the OnlyFans work, because: “If I’m going to be a midwife, it’s kind of along the same lines.”

One thing the piece does not make entirely clear is why it chose to focus on those in nursing. Many different types of people now confront tough economic times, and sex work has long been a “gig of last resort,” as a sex-worker-rights advocate the piece consults points out. So is there a reason to think those in nursing are doing this work in disproportionate numbers? Maybe the piece focuses on them simply because they have been hailed as “heroes” for trying to address the pandemic, as the piece says, so it is striking that some feel they need to do this. Or is this news because nurses are supposed to angelic? Or naughty? The students do not seem to be trying to associate the profession with sex work. In fact, one student says she fears she could lose her nursing license if her OnlyFans work becomes known. The long piece would clearly have had space to explore whether that fear is well-founded.

The report might also have considered how this work may relate to damaging gender-based stereotypes of the profession. Is Buzzfeed aware that the piece raises those issues, and that it may reinforce the naughty nurse image? What about men in nursing – why does the piece fail to address whether they have been doing this work? Regardless of whether sex work should be de-stigmatized or legalized, casually associated nursing with it—as the nurse’s comment comparing midwifery and sex work does—is not helpful. It misrepresents the profession, undermines nurses’ claims to respect and critical resources, and encourages the sexual abuse with which nurses continue to struggle globally.

Buzzfeed can do better. Please send your thoughts to Buzzfeed’s author Otillia Steadman at otillia.steadman@buzzfeed.com. Thank you.

See Otillia Steadman’s article, which has been reposted around the world, is “‘We’re in Hard Times Right Now.’ Meet the Nursing Students Turning to OnlyFans to Get By” posted October 30, 2020 on Buzzfeed.