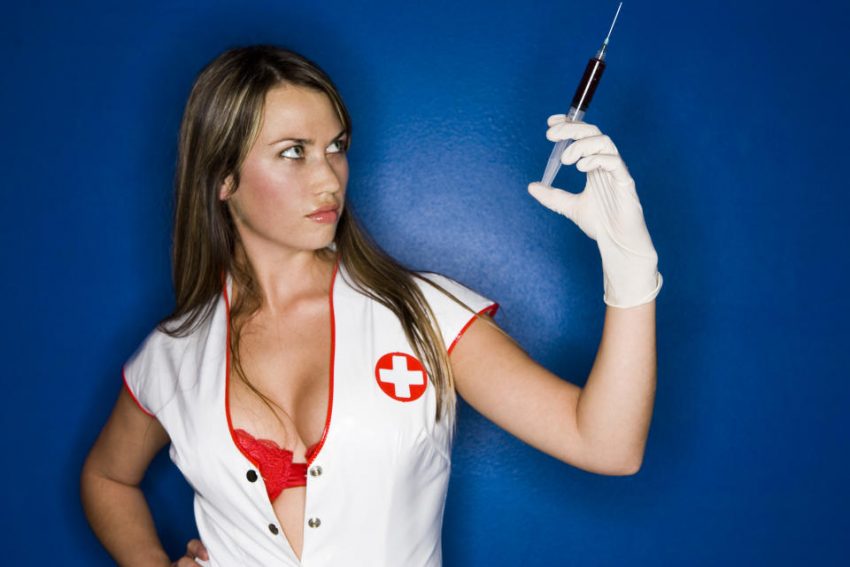 October 7, 2021 – Today Yahoo Life posted a good piece by Kaitlyn Reilly about real nurses’ objections to naughty nurse Halloween costumes, with quotes from Truth About Nursing director Sandy Summers as well as Truth advisory panel member Tyler Kuhk. Summers argued that such “sex candy” imagery contributes to the sexual abuse that real nurses suffer because it suggests, at least to some, that sexual services are part of nurses’ jobs. She explained: “Men who stereotype nurses want to control nurses, because they fear being in a hospital bed being controlled by nurses, who are the caregivers who are the most hands-on.” Summers said she supported costumes that presented nurses as they really are at work; Kuhk recommended scrubs and “messy hair.” Kuhk also pointed out that nursing is an autonomous, science-based profession, but sexualizing it makes it look like “kind of a joke,” which not only reinforces abuse but undermines nurses’ claims to funding, a major issue during the Covid pandemic. The piece also included several tweets from other nurses making fun of the naughty costumes. One offered a photo of herself in blue scrubs and reminded us that she “save[s] f***ing lives and [her] profession is not a slutty costume.” Another showed herself in full Covid gear next to a photo of naughty nurses and wondered if they might be able to pick up a shift, “because the census is high and the staffing is low.” But as if to prove how widespread the problem remains, readers of the article were also offered a short video from Yahoo Entertainment basically helping Megan Thee Stallion use some naughty nurse imagery to promote a new single in June 2021. We thank Kaitlyn Reilly and Yahoo Life.

See the article “Thinking about going as a ‘naughty nurse’ for Halloween? Why some say the costume ‘presents nurses as sex candy,’” by Kaitlin Reilly, posted on October 7, 2021 at Yahoo Life.