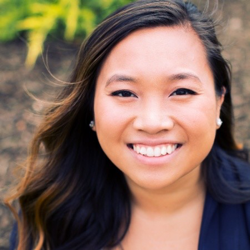 A 2019 “Medical Mysteries” column tells how a new pediatric nurse discovered the rare disease that had been causing her mother pain for years after seeing a lecture that referred to the condition in passing. The piece shows the nurse to be an educated, alert, and persistent patient advocate.

April 24, 2019 – Today The Washington Post ran a “Medical Mysteries” column by Sandra Boodman about how a young pediatric nurse had diagnosed a rare condition in her mother that had been “stumping doctors” for years. The piece says that Kimberly Ho’s mother had suffered from a mysterious condition in which painful symptoms would appear and later vanish. Then Ho attended a lecture at Children’s National Medical Center in D.C. that included a slide of a patient with Behcet’s syndrome whose skin infection reminded Ho of her mother’s. After a specialist confirmed the diagnosis, Ho’s mother got the proper medication and has not suffered a flare since. In describing the long, arduous search for the right diagnosis with physician specialists, the column shows Ho to have been a strong patient advocate. She accompanied her mother to appointments and acted as her interpreter, since her mother, who emigrated from Vietnam, spoke little English. Ho’s recognition of the disease put an end to health expenses that, even with “decent” insurance, had cost about $25,000 out of pocket. The column portrays a nurse who saved her mother from continued pain, worsening symptoms, and possibly even death.

Of course, to some extent the piece is part of the media’s tendency to celebrate nurses only when they do something unexpected outside their usual work settings. Examples include rescuing someone on a plane, at a hockey game, in a parking lot, or, as here, helping a family member. Meanwhile, nurses’ day-to-day expertise is ignored. News sources like the Post remain unlikely to consult someone like Ho for a story about pediatrics, as the recent Woodhull Revisited study showed. Still, this piece is far better than a 2010 “Mysteries” column that told how a nurse had spotted a case of Lyme disease that had baffled physicians, but failed to name the nurse and dismissed her insight as “simple” and “obvious.” By contrast, today’s item presents a much fuller picture of an educated nurse who is deeply engaged in the substantive practice of health care.

So thankful that my daughter is a nurse

The column’s headline is a pretty good summary: “For three years her skin ulcers and pain would flare, then vanish, stumping doctors. Her daughter, a nurse, finally figured it out.” The piece describes the long process of diagnosing the condition and spends significant time on Ho’s mother’s symptoms, which began in 2015 when Ho was still in nursing school at Towson University. The symptoms included recurrent genital ulcers and mouth ulcers, as well as swollen and painful bones. Ho went with her mother to most appointments with physicians, “often acting as interpreter and advocate.” Her mother had a series of different diagnoses and treatments from gynecologists, a rheumatologist, and a hematologist. Some treatments seemed effective for a while, but the painful symptoms always returned. Sometimes they forced her mother to miss work, and some were awkward to discuss with her daughter because of their intimate nature. Ho’s normally active mother grew depressed. In addition, the growing expense of the tests and treatments “strained the family budget.” Ho also explains that “a lot of medical terms are hard to translate into Vietnamese.” Ho herself consulted professors and “often ducked out of class to call doctors,” to no avail, as she watched her mother suffer.

But the 2017 lecture Ho saw changed that. The piece says the “newly minted” nurse had just worked a 12-hour night shift at Children’s when she attended the fateful presentation, which was on caring for sexually traumatized youth. The point being made in the lecture was the importance of junior staff not jumping to conclusions, using the example of a resident who had told a teenage patient she had genital herpes, when the correct diagnosis turned out to be Behcet’s disease. But what struck Ho was the image of genital ulcers that resembled her mother’s. The piece notes that Behcet’s is a chronic condition apparently caused by a mix of genetic and environmental factors. It causes episodic inflammation in blood vessels in different parts of the body, and without treatment it can eventually cause blindness, a stroke, or even death.

Ho soon consulted her cousin, a recent medical school graduate, who had not heard of Behcet’s but suggested she research the condition. She did and became more convinced her mother had it, as she learned that the condition appears more often in parts of Asia. Eventually mother and daughter went to see primary care physician Huyanh Ton, who had earlier ordered blood tests and referred her mother to a hematologist. Ho showed Ton pictures of the symptoms and said she suspected Behcet’s. He was less convinced.

The piece notes that the disease is rare in the U.S., and diagnosis is based on the symptoms, as there is no test for it, yet Ho’s mother did not have the eye problems that are often present. But when Ho’s mother returned a few months later, after another flare, Ton too concluded that Behcet’s was likely. He prescribed prednisone, a key treatment. “Ho said that she and the internist agreed that a formal diagnosis would hinge on a visit to a second rheumatologist, with whom Ton conferred in advance.” In May 2018, that specialist diagnosed Behcet’s and adjusted the medication, and since then Ho’s mother has not had a flare. Ho describes the “long and frustrating process” of diagnosis, and gives the physician Ton “a lot of credit,” although it’s not clear from the piece exactly why. For her part, Ho’s mother says she is “so thankful that my daughter is a nurse and was able to attend class at the hospital that day” otherwise “I am not sure if I would have a diagnosis right now.”

Ho herself says that the experience has made her more sensitive to obstacles her own patients face, in particular those who are not English speakers.

This column sends good messages about nursing. Using the suspense of a medical mystery that is tormenting someone’s mom, the piece traces the efforts of an alert new nurse in pursuing an unusual diagnosis that has eluded physician specialists. Even seemingly incidental elements of the piece are helpful, showing that nurses get university degrees; nurses attend substantive lectures at major hospital centers; nurses are alert enough to notice a fleeting element of a presentation that may end up saving a life; often considered “cost centers,” nurses constantly save money by catching key things others miss; nurses are persistent advocates who not only accompany family members to appointments, but also act as translators and diagnostic thinkers.

Of course, we realize that the piece is news partly because few expect a nurse to do something physicians can’t, although that happens all the time. Indeed, this is not the first time the Post’s “Medical Mysteries” series has been down that road. Consider our analysis of a September 2010 piece entitled “Nurse solves mysterious ailment that puzzled orthopedists, oncologist,” an item that marveled about a nurse’s diagnostic call only to dismiss it as “simple,” “obvious,” and “a basic query” by someone the piece never even identified by name. And as the recent Woodhull Revisited study showed, the news media still rarely covers nurses’ professional activities and rarely consults nurses as expert sources on general health stories. Maybe some day young nurse Ho will be a senior, expert pediatric nurse. Will the Post be interested in her work then?

See the article by Sandra Boodman, “For three years her skin ulcers and pain would flare, then vanish, stumping doctors. Her daughter, a nurse, finally figured it out,” posted on the The Washington Post website on April 24, 2019.